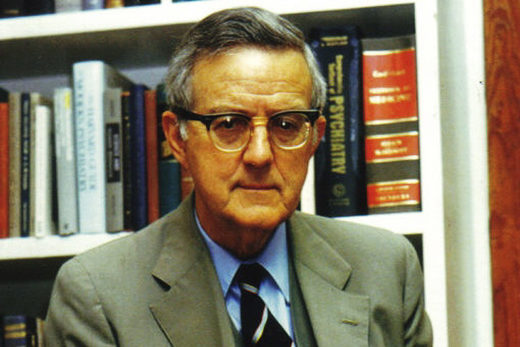 Because most (but not all) of these cases develop among persons who believe in reincarnation, we should expect that the informants for the cases would interpret them as examples according with their belief; and they usually do. It is necessary, however, for scientists to think of alternative explanations.

The most obvious explanation of these cases attributes the birthmark or birth defect on the child to chance, and the reports of the child’s statements and unusual behavior then become a parental fiction intended to account for the birthmark (or birth defect) in terms of the culturally accepted belief in reincarnation. There are, however, important objections to this explanation.

First, the parents (and other adults concerned in a case) have no need to invent and narrate details of a previous life in order to explain their child’s lesion. Believing in reincarnation, as most of them do, they are nearly always content to attribute the lesion to some event of a previous life without searching for a particular life with matching details.

Second, the lives of the deceased persons figuring in the cases were of uneven quality both as to social status and commendable conduct. A few of them provided models of heroism or some other enviable quality; but many of them lived in poverty or were otherwise unexemplary. Few parents would impose an identification with such persons on their children.

Third, although in most cases the two families concerned were acquainted (or even related), I am confident that in at least 13 cases (among 210 carefully examined with regard to this matter) the two families concerned had never even heard about each other before the case developed. The subject’s family in these cases can have had no information with which to build up an imaginary previous life which, it later turned out, closely matched a real one. In another 12 cases the child’s parents had heard about the death of the person concerned, but had no knowledge of the wounds on that person. Limitations of space for this article oblige me to ask readers to accept my appraisal of these 25 cases for this matter; but in my forthcoming work I give a list of the cases from which readers can find the detailed reports of the cases and from reading them judge this important question for themselves.

Fourth, I think I have shown that chance is an improbable interpretation for the correspondences in location between two or more birthmarks on the subject of a case and wounds on a deceased person.

Persons who reject the explanation of chance combined with a secondarily confected history may consider other interpretations that include paranormal processes, but fall short of proposing a life after death. One of these supposes that the birthmark or birth defect occurs by chance and the subject then by telepathy learns about a deceased person who had a similar lesion and develops an identification with that person. The children subjects of these cases, however, never show paranormal powers of the magnitude required to explain the apparent memories in contexts outside of their seeming memories.

Another explanation, which would leave less to chance in the production of the child’s lesion, attributes it to a maternal impression on the part of the child’s mother. According to this idea, a pregnant woman, having a knowledge of the deceased person’s wounds, might influence a gestating embryo and fetus so that its form corresponded to the wounds on the deceased person. The idea of maternal impressions, popular in preceding centuries and up to the first decades of this one, has fallen into disrepute. Until my own recent article (Stevenson, 1992) there had been no review of series of cases since 1890 (Dabney, 1890); and cases are rarely published now (Williams and Pembroke, 1988).

Nevertheless, some of the published cases — old and new — show a remarkable correspondence between an unusual stimulus in the mind of a pregnant woman and an unusual birthmark or birth defect in her later-born child. Also, in an analysis of 113 published cases I found that the stimulus occurred to the mother in the first trimester in 80 cases (Stevenson, 1992). The first trimester is well known to be the one of greatest sensitivity of the embryo/fetus to recognized teratogens, such as thalidomide (Nowack, 1965) and rubella (Hill, Doll, Galloway, and Hughes, 1958). Applied to the present cases, however, the theory of maternal impression has obstacles as great as the normal explanation appears to have.

First, in the 25 cases mentioned above, the subject’s mother, although she may have heard of the death of the concerned deceased person, had no knowledge of that person’s wounds.

Second, this interpretation supposes that the mother not only modified the body of her unborn child with her thoughts, but after the child’s birth influenced it to make statements and show behavior that it otherwise would not have done. No motive for such conduct can be discerned in most of the mothers (or fathers) of these subjects.

It is not my purpose to impose any interpretation of these cases on the readers of this article. Nor would I expect any reader to reach even a preliminary conclusion from the short summaries of cases that the brevity of this report entails. Instead, I hope that I have stimulated readers to examine the detailed reports of many cases that I am now in the process of publishing (Stevenson, forthcoming). “Originality and truth are found only in the details” (Stendhal, 1926).

I am grateful to Drs. Antonia Mills and Emily W. Cook for critical comments on drafts of this paper. Thanks are also due to the Bernstein Brothers Parapsychology and Health Foundation for the support of my research.

Mills, A. (1989). A replication study: Three cases of children in northern India who are said to remember a previous life. Journal of Scientific Exploration, 3, 133-184.

Stevenson, I. (1975). Cases of the reincarnation type. I. Ten cases in India. CharlottesviIle: University Press of Virginia.

Stevenson, I. (1992). A new look at maternal impressions: An analysis of 50 published cases and reports of two recent examples. Journal of Scientific Exploration, 6, 353-373.

Stevenson, I. (Forthcoming). Birthmarks and birth defects: A contribution to their etiology.