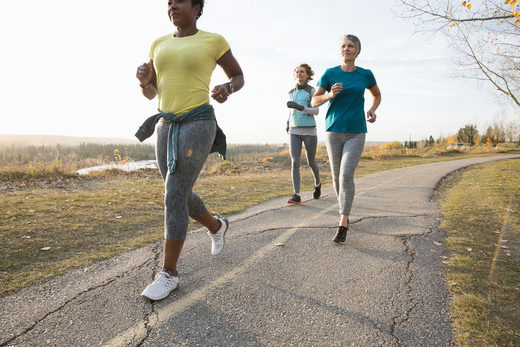 The muscles of older men and women who have exercised for decades are indistinguishable in many ways from those of healthy 25-year-olds.

The muscles of older men and women who have exercised for decades are indistinguishable in many ways from those of healthy 25-year-olds, according to an uplifting new study of a group of active septuagenarians.

These men and women also had much higher aerobic capacities than most people their age, the study showed, making them biologically about 30 years younger than their chronological ages, the study’s authors concluded.

All of us are aging every second, of course, which leads many of us also to be deeply interested in what we can expect from our bodies and health as those seconds – and subsequent years and decades – mount.

But science has not established whether and to what extent such physical decline is inevitable with age or if it is at least partially a byproduct of our modern lifestyles and perhaps amenable to change.

There have been hints, though, that physical activity might alter how we age. Recent studies have found that older athletes have healthier muscles, brains, immune systems and hearts than people of the same age who are sedentary.

But many of these studies have concentrated on competitive masters athletes, not people who exercise recreationally, and few have included many women.

So for the new study, which was published in August in the Journal of Applied Physiology, researchers at Ball State University in Muncie, Ind., decided to look at a distinctive set of older men and women.

“We were very interested in people who had started exercising during the running and exercise booms of the 1970s,” says Scott Trappe, the director of the Human Performance Laboratory at Ball State and the new study’s senior author.

That era, bookended to some extent by the passage of Title IX in 1972 and the publication of “The Complete Book of Running” in 1977, introduced a generation of young men and women to recreational physical activity, Dr. Trappe says.

“They took up exercise as a hobby,” he says.

Some of them then maintained that hobby throughout the next 50 or so years, running, cycling, swimming or otherwise working out often, even if they rarely or never competed, he says.

Those were the men and women, most now well into their 70s, he and his colleagues sought to study.

Using local advertisements and other recruitment methods, they found 28 of them, including seven women, each of whom had been physically active for the past five decades.

They also recruited a second group of age-matched older people who had not exercised during adulthood and a third group of active young people in their 20s.

They brought everyone into the lab, tested their aerobic capacities and, using tissue samples, measured the number of capillaries and levels of certain enzymes in the muscles. High numbers for each indicate muscular health.

The researchers focused on the cardiovascular system and muscles because they are believed inevitably to decline with age and the scientists had expected they would see what Dr. Trappe describes as a “hierarchical pattern” in differences between the groups.

The young people, they thought, would possess the most robust muscles and aerobic capacities, with the lifelong exercisers being slightly weaker on both counts and the older non-exercisers punier still.

But that outcome is not precisely what they found.

The active elderly group did have lower aerobic capacities than the young people, but their capacities were about 40 percent higher than those of their inactive peers.

In fact, when the researchers compared the active older people’s aerobic capacities to those of established data about “normal” capacities at different ages, they calculated that the aged, active group had the cardiovascular health of people 30 years younger than themselves.

Together, these findings about muscular and cardiovascular health in active older people suggest that what we now consider to be normal physical deterioration with aging “may not be normal or inevitable,” Dr. Trappe says.

However, this study was cross-sectional, highlighting a single moment in people’s lives, and cannot tell us whether their exercise habits directly caused differences in health or if and how genes, income, diet and similar lifestyle factors contributed.

It also did not look at muscle mass and other important measures of health or whether you can begin exercising late in life and benefit to the same extent.

The researchers plan to explore some of these issues in future studies, Dr. Trappe says.

But already the findings from this experiment suggest that exercise could help us “to build a reserve” of good health now that might enable us to slow or evade physical frailty later, Dr. Trappe says.

“These people were so vigorous,” he says. “I’m in my 50s and they certainly inspire me to stay active.”