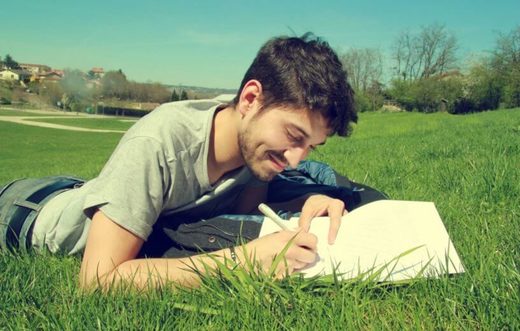 As the famous Village People song declares, “Every man wants to be a macho macho man / To have the kind of body, always in demand.” But are “macho macho” mindsets becoming a thing of the past? A new study finds that male millennials are drifting away from stereotypical masculine values.

The research, led by the University of British Columbia, showed that younger men tend to value selflessness, social engagement, and health over traditional male ideals like physical strength and autonomy.

Of course, physique and independence were still prominent values for the 630 Canadian men aged 15 to 29 who took part in the survey, just not as important to participants as selflessness. In fact, selflessness was by far the top-rated male value. Nine in 10 respondents said that men should should help others, and 88 percent of the respondents agreed that men should be open to new ideas, new people, and new experiences. Eight in 10 felt it imperative that a man gives back to his community.

“Young Canadian men seem to be holding masculine values that are distinctly different from those of previous generations. These values may run counter to long-standing claims that young men are typically hedonistic, hypercompetitive, and that they risk or neglect their health,” notes lead author John Oliffe, nursing professor and head of the men’s health program at UBC, in a news release.

Maintaining tip-top health was also important to the vast majority of men, but that didn’t mean having chiseled abs and twenty-four inch biceps, or “pythons,” as Hulk Hogan would often say. Three-quarters of participants did feel that physical strength was important, but that finding was still notably less than the 87 percent who agreed a man should embody intellectual strength or the 83 percent who viewed emotional strength as highly important. Similarly, only 78 percent of men listed autonomy as a defining “male” characteristic.

“As a millennial myself, I can see these values reflected in the lives of men around me,” says study co-author Nick Black, managing partner at Intensions Consulting, a research firm that helped carry out the survey. “They want to be both caring and strong, both open to others and self-sufficient, and they see no contradiction in these values.”

The researchers believe millennial men are widening their value structure and questioning what it truly means to be masculine.

The study was published April 16, 2018 in the journal Psychology of Men and Masculinity.