SOTT FOCUS: The Truth Perspective: Herd Behavior: What Gustav Le Bon’s Classic Book Can Teach Us About ‘The Crowd’ 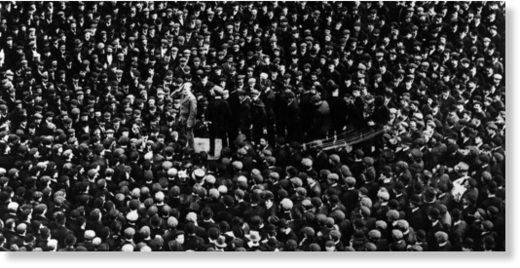 SOTT FOCUS: The Truth Perspective: Herd Behavior: What Gustav Le Bon’s Classic Book Can Teach Us About ‘The Crowd’

Today on the Truth Perspective we discuss the French polymath Gustave Le Bon’s most famous work, The Crowd: A Study of the Popular Mind. Le Bon was a physician, soldier, and author of numerous works ranging from anthropology, medicine, physiology, and even physics, where he is credited with anticipating Einstein’s theory of relativity.

But it was defeat during the Franco-Prussian War, the radical mentality of the Paris Commune of 1871, and his extensive studies of peoples in Europe, Asia and North Africa that gave him that unique insight into the nature of crowds which, when he published them, resulted in a book which has been described as “one of the most influential books of social psychology ever written.”

The Crowd may have been an instant bestseller in the late 19th century but it remains just as relevant today. From radical Islamists in Syria to Antifa in the US, and most recently the Yellow Vests storming Paris, Le Bon provides us key insights regarding the crowd’s susceptibility to suggestion, the individual’s loss of control, and its potential to be radicalized in the name of senseless violence. If nothing else this knowledge can help to keep us moored while others are swept away in the tide.