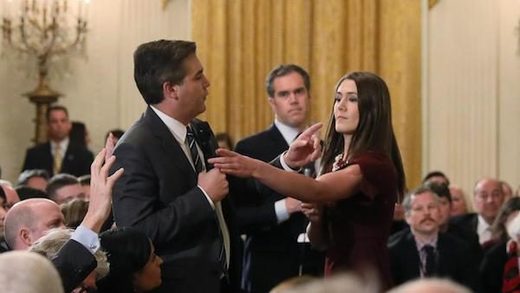 Critical thinking can feel in short supply these days. Politics is more polarized than ever, the president regularly dismisses his opposition as enemies, losers, or phonies, while critics of the president cannot bear the thought of ever entertaining support for his ideas or actions.

If a lack of civility in public discourse is the problem, a lack of critical thinking may be partly to blame. A recent study by the Reboot Foundation, which was founded to fund research on critical thinking and develop resources for parents and schools, concluded that while the American public claims to engage with opposing views, people don’t actually do so in practice.

Only 25% of people are willing to regularly have debates with people who disagree with them; roughly the same share says that they regularly avoid talking to people with opposing views. It is hard to build critical-thinking muscles when they are engaged simply to confirm one’s own existing beliefs. Men are particularly poor at seeking discussions with people with opposing views: they are about 20 percentage points more likely than women to avoid people with whom they disagree.

The study surveyed more than 1,000 people online and weighted the results along demographic lines. The Reboot Foundation defines critical thinking as, “reflective thought that requires reasoning, logic and analysis to make choices and understand problems.” Key elements, it noted, include seeking out opposing viewpoints, using evidence, and engaging in debate.

Critical thinking is buzzy in educational circles. Some think it’s a skill that has existed forever (Socrates: “The unexamined life is not worth living”) and is being merely rebranded for the 21st century; others believe that automation and the warp-speed pace of technological change make it more urgent for kids to be able to think, reason, dissect, and analyze with greater rigor than in the past.

For example, P21 (The Partnership for 21st Century Learning), an advocacy group founded to figure out how schools can prepare kids with “21st century skills,” developed a framework for learning that put critical thinking at the center of everything.

Reboot’s research reveals the need to bolster society’s capacity for critical thinking. Only a fifth of parents asked their kids frequently or daily to consider an opposing view; only a quarter of parents frequently help their children evaluate evidence, an essential skill to honing one’s reasoning abilities; and only a third of parents have their children regularly discuss issues without a right or wrong answer.