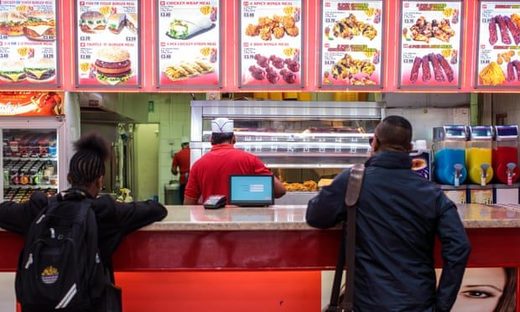 Having even one night without sleep leads people to view junk food more favourably, research suggests.

Scientists attribute the effect to the way food rewards are processed by the brain. Previous studies have found that a lack of shuteye is linked to expanding waistlines, with some suggesting disrupted sleep might affect hormone levels, resulting in changes in how hungry or full people feel.

But the latest study suggests that with hormones may have little to do with the phenomenon, and that the cause could be changes in the activity within and between regions of the brain involved in reward and regulation.

“Our data brings us a little closer to understanding the mechanism behind how sleep deprivation changes food valuation,” said Prof Jan Peters, a co-author of the research from the University of Cologne.

Writing in the Journal of Neuroscience, Peters and colleagues describe how they recruited 32 healthy men aged between 19 and 33 and gave all of them the same dinner of pasta and veal, an apple and a strawberry yoghurt.

Participants were then either sent home to bed wearing a sleep-tracking device, or kept awake in the laboratory all night with activities including parlour games.

All returned the next morning to have their hunger and appetite rated, while 29 of the men had their levels of blood sugar measured, as well as levels of certain hormones linked to stress and appetite. Participants also took part in a game in which they were presented with pictures of 24 snack food items, such as chocolate bars, and 24 inedible items, including hats or mugs, and were first asked to rate how much they would be willing to pay for them on a scale of €0-€3.

During a functional magnetic resonance imaging (fMRI) scan, they were asked to choose whether or not they would actually buy the object when its price was fixed – an experiment that allowed researchers to look at participants’ brain activity upon seeing pictures of food and other items.

A week later, the experiment was repeated, with the participants who had previously stayed up allowed to sleep, and vice versa.

The results showed that whether sleep-deprived or not, participants were similarly hungry in the morning, and had similar levels of most hormones and blood sugar. However, when participants were sleep-deprived, they were willing to pay more for a food snack than when rested, and had higher levels in their blood of a substance called des-acyl ghrelin – which is related to the “hunger hormone” ghrelin, though its function is not clear.

But the team found there was no link between individuals’ changes in levels of des-acyl ghrelin and any of the brain or behaviour differences – although Peters said that could be because levels were very high and participants were equally hungry whether rested or not. This, the team said, suggested changes in brain activity in response to images of food after a bad night’s sleep were not just about hormones.

But Peters said that what was driving the changes in activity in the amygdala and hypothalamus was unclear. “We know that changes in other neurotransmitters such as dopamine occur following sleep deprivation, so this might be another candidate,” he said.

Christian Benedict, a neuroscientist at Uppsala University in Sweden who was not involved in the study, welcomed the research. He said when individuals were sleep-deprived, their brains used more energy, so it makes sense that the brain would promote signals that might increase the consumption of food, and not waste energy on controlling impulses.

But he noted that the research had limitations, including that it was small and that blood was not taken when participants were viewing images of food during the scanning task. The study also did not compare the participants’ responses to healthy food.

He said it was important to remember that many factors besides sleep can affect body weight. “It is not only about sleep. Physical activity matters, dietary things, food and accessibility. So we should not break it down only to sleep.”