Jaded: Voters have high tolerance for politicians who lie, even those caught doing it 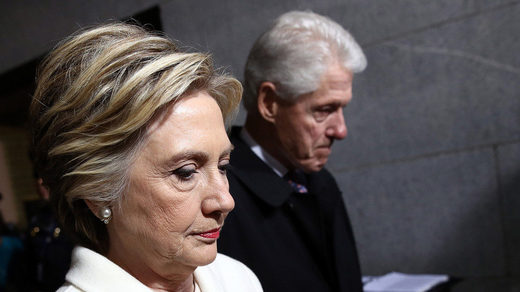 Jaded: Voters have high tolerance for politicians who lie, even those caught doing it

In a modern democracy, peddling conspiracies for political advantage is perhaps not so different from seeding an epidemic.

If a virus is to gain a foothold with the electorate, it will need a population of likely believers (“susceptibles” in public-health speak), a germ nimble enough to infect new hosts easily (an irresistible tall tale), and an eager “Amen choir” (also known as “super-spreaders”).

Unleashed on the body politic, a falsehood may spread across the social networks that supply us with information. Facebook is a doorknob slathered in germs, Twitter a sneezing coworker, and Instagram a child returning home after a day at school, ensuring the exposure of all.

But if lies, conspiracies and fake news are really like germs, you might think that fact-checking is the cure, and truth an effective antidote.

If only it were that easy.

New research offers fresh insights into the stubborn role of ideology in maintaining support for those who peddle falsehoods, and the limited power of fact-checking to change voters’ minds. Even in the face of immediate and authoritative corrections, we humans don’t budge easily, or for long, from established opinions about politics, politicians and the coverage they receive.

And some of us – in particular, those who endorse conservative positions – are quicker to believe assertions that warn of grim consequences or of sinister forces at work.

The findings of three new studies suggest that fact-checkers had better be persistent, and that their expectations of changing people’s minds had better be modest.

But the research also suggests that if fact-checkers wants the truth to matter, they should not be shy about touting the value of their services.

Arguably, the need for fact-checking has never been greater. The Washington Post’s “Fact Checker,” which maintains a running tally of the president’s false statements, has counted 6,420 false or misleading statements made by the president through Oct. 30, including more than 4,400 this year. A Fact Checker poll released this week has found that more than 6 in 10 Americans believe fact-checkers when they conclude that Trump has made a false claim – meaning that more than one-third of them do not.

Is credulity, and a vague mistrust of fact-checkers, unique to Americans, or is it a broader attribute of humans? It may be a bit of both.

In a study published Tuesday and conducted with a sample of 370 Australians, researchers found that the veracity of a political candidate’s claims does matter to voters – sometimes. When Australian subjects were shown an array of politicians’ false statements corrected by fact-checking, they reduced their belief of those assertions. When they were shown fact-checked true statements, whether attributed to a politician on the right or one on the left, their belief in the assertions increased as well.

Study co-author Adam J. Berinksy, a political scientist at MIT, said he considered those results a bit less depressing than what he found when he tried the same experiment on American subjects. When the authors presented fact-checked assertions from Donald Trump and former Democratic presidential candidate Bernie Sanders to Americans, “the magnitude of the overall effect was minute,” even when false statements outweighed true ones by the same 4-to-1 margin.

Those results, which are not yet published, suggest that, although both Americans and Australians are capable of distinguishing fact from fiction (with help from fact-checkers), they are loath to alter their overall view of their favored candidate accordingly.

Also “slightly depressing,” he added, was the short shelf life of a fact-check: A week after subjects in both countries saw politicians’ assertions corrected for truthfulness, they had forgotten virtually all of what they had learned.

But Berinsky said he took heart in Australians’ willingness to adjust their assessments of lying politicians even a little bit.

“I mainly study U.S. politics and am used to a world in which fact-checking doesn’t work very well, where people are really stuck in their lane and politicians are seemingly immune to any kind of facts,” he said. “It’s good to know there are countries in which this still can work.”

The findings echoed those of a report published last week in PLOS One, which demonstrated that the inclusion of fact-checking in an experimental news feed made subjects hungrier and more confident news consumers. It also made them more inclined to trust “mainstream media outlets.”

But there was a hitch: In addition to being very small, subjects’ shifts in attitude became evident only when their news feeds included an occasional “defense of journalism” article. Usually, these were opinion pieces that countered attacks on the profession.

“Without defense of journalism, fact checking had no effect on any of these outcomes,” Raymond J. Pingree, a professor of mass communications at Louisiana State University, and his coauthors concluded.

Self-identified Republicans in the study started out lower than Democrats in their trust of mainstream media, their confidence in their own ability to decide what is true in politics, and their intention to use a mainstream news portal in the future. But after a week of plying them with specialized news feeds, Pingree’s team found that people across the political spectrum responded well to the combination of fact checking and defense-of-journalism pieces.

If you’re starting to see a light at the end of the partisan tunnel, however, consider a third study published this week. It tested the idea that people are more inclined to believe unproven conspiracy theories when their party is out of power, a notion sometimes called the “conspiracy belief is for losers” hypothesis.

The study was led by UCLA anthropologist Daniel Fessler, who found that people whose political stances aligned them with American conservatism were far more likely than liberals to embrace falsehoods that warned of grim consequences.

Americans who hew to more progressive political stances were certainly credulous as well, the UCLA team found. But they were no more likely to believe a scary falsehood – say, that a drunken airline passenger could pry open a plane’s door in midair – than they were to buy into the far less terrifying myth that you can burn more calories by exercising on an empty stomach.

But were these inclinations real and enduring, or could they be explained by the fact that, when the experiment was run in October 2015 and September 2016, conservatives had been out of the White House for several years?

Fessler and Theodore Samore, a graduate student in UCLA’s anthropology department, repeated the experiment in 2016, after Donald Trump had won the presidential election, and in 2017, after Georgia Democrat Doug Jones beat Republican Roy Moore in a special election for a Senate seat. After Trump’s triumph, the researchers reasoned, conservatives should feel empowered and confident. After Jones’ victory, they presumed, liberals would likely feel hopeful once more.

But their original findings did not change: As they moved further right on the ideological spectrum, people were consistently more likely to believe frightening false claims, and found them more credible than emotionally neutral falsehoods. The results were published last week in PLOS One.

“It seems there’s just a fundamental difference in how credulous people are about hazards as a function of their orientation,” Fessler said. “How positively people feel about their party’s future doesn’t matter.”

That dynamic has worrisome implications: When believers of ominous warnings succeed at the polls, “they have the megaphone that power brings,” Fessler said. “And they use that – whether cynically or genuinely I can’t tell – to issue additional proclamations of danger.”

This, he said, has been President Trump’s stock in trade – foreign powers are taking advantage of the United States, dangerous hordes are storming the borders, and we need to build a wall to keep would-be invaders at bay.

“That cycle is very difficult to break,” Fessler said. What’s more, warning people who are inclined to believe that kind of narrative that they’re being lied to seems more likely to reinforce the conspiracy theory than to induce a change of heart.

Melissa Healy is a health and science reporter with the Los Angeles Times writing from the Washington, D.C., area. She covers prescription drugs, obesity, nutrition and exercise, and neuroscience, mental health and human behavior. She’s been at The Times for more than 30 years, and has covered national security, environment, domestic social policy, Congress and the White House.