Scientists succeed in destroying HIV infected cells, suggest it will lead to a ‘cure’ for AIDS 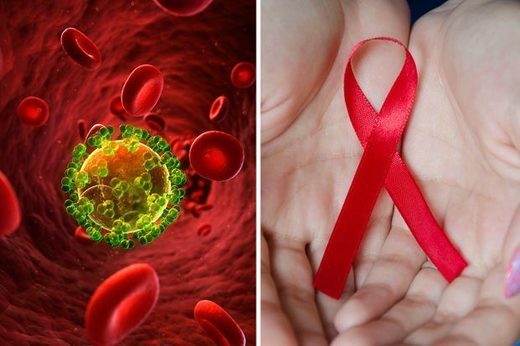 Scientists succeed in destroying HIV infected cells, suggest it will lead to a ‘cure’ for AIDS

Teams at the Institut Pasteur in Paris announced on Thursday they had succeeded in their work to destroy cells infected with HIV.

Their work, published in the scientific journal Cell Metabolism, offers hope of a cure for AIDS patients.

Up to now, there has been no cure for AIDS, but instead, the disease has been treated by antiretrovirals.

These drugs block the infection and have saved many lives since they were discovered in the 90s, but they do not eliminate HIV cells from the body.

Patients are forced to take antiretrovirals for life because the drugs do not destroy the reserves of the infection stored in immune Cd4 T cells.

Researchers noticed the virus didn’t infect all the Cd4 T cells but didn’t understand why.

In the study, they managed to identify the characteristics of Cd4 T lymphocytes which are most likely to be infected by the virus, allowing it to spread.

Experiments showed the higher the metabolic activity of the cell, the higher its glucose consumption, and the more likely it is to be infected with HIV.

Scientists were able to block the activity of the lymphocytes, making them resistant to infection and eventually eliminating HIV.

In the lab, lymphocytes have been able to block HIV infection.

Institut Pasteur said in a statement: “This work represents an important step toward the consideration of a possible remission through the elimination of reservoir cells.”

“This is an interesting first step but we are not at the stage where it can be applicable to humans in the near future,” said Jean-Michel Molina, professor of infectious diseases at Saint-Louis hospital in Paris.

“We need to continue research and this publication is an additional hope,” he went on.

But he said the work was “extremely important because it provides very interesting information about the reservoir cells of the virus that, in people on tri-therapy, persist despite the treatment, and that force people to take the treatment throughout their lives.”

HIV and AIDS are estimated to have caused around 35 million deaths worldwide since they were identified in the early 1980s.

This latest breakthrough comes a month after researchers found a new HIV drug eliminates up to 99% of the virus within four weeks of treatment.