Are memories reliable? Expert explains how they change more than we realize 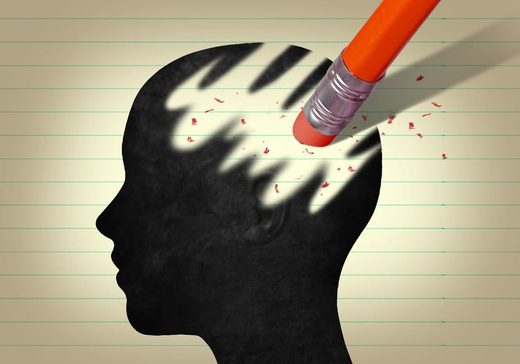 Are memories reliable? Expert explains how they change more than we realize

Your memory probably isn’t as good as you think it is. We rely on our memories not only for sharing stories with friends or learning from our past experiences, but we also use it for crucial things like creating a sense of personal identity. Yet evidence shows that our memory isn’t as consistent as we’d like to believe. What’s worse, we’re often guilty of changing the facts and adding false details to our memories without even realising.

To understand a bit about how remembering works, consider the “telephone game” (also known as “Chinese whispers”). In the game, one person quietly whispers a message to the person beside them, who then passes it on to the next person in line, and so on. Each time the message is relayed, some parts might be misheard or misunderstood, others might get innocently altered, improved, or forgotten. Over time the message can become very different from the original.

The same can happen to our memories. There are countless reasons why tiny mistakes or embellishments might happen each time we recall past events, ranging from what we believe is true or wish were true, to what someone else told us about the past event, or what we want that person to think. And whenever these flaws happen, they can have long-term effects on how we’ll recall that memory in the future.

Take storytelling for example. When we describe our memories to other people, we use artistic license to tell the story differently depending on who’s listening. We might ask ourselves whether it’s vital to get the facts straight, or whether we only want to make the listener laugh. And we might change the story’s details depending on the listener’s attitudes or political leaning. Research shows that when we describe our memories differently to different audiences it isn’t only the message that changes, but sometimes it’s also the memory itself. This is known as the “audience-tuning effect”.

In one study on the audience-tuning effect, participants watched a video of a bar fight. In the video, two intoxicated men get into a physical confrontation after one man has argued with his friend, and the other has seen his favourite football team lose a match. Afterwards, participants were asked to tell a stranger what they had seen.

More importantly though, the way people told their story later affected the way they remembered the fighter’s behaviour. When participants later tried to remember the fight in a neutral, unbiased way, the two groups still gave somewhat differing accounts of what had happened, mirroring the attitude of their original audience. To an extent, these participants’ stories had become their memories.

Results like these show us how our memories can change spontaneously over time, as a product of how, when, and why we access them. In fact, sometimes simply the act of rehearsing a memory can be exactly what makes it susceptible to change. This is known as “retrieval-enhanced suggestibility”.

The aim of these studies was to see how many of the false details people would eventually reproduce in the final memory test. Hundreds of studies already show that people will unwittingly add false details like these to their memories. But these studies found something even more fascinating. Participants who took a practice memory test shortly before reading the false information were more likely to reproduce this false information in the final memory test. In this case, practice makes imperfect.

Why might this be? One theory is that rehearsing our memories of past events can temporarily make those memories malleable. In other words, retrieving a memory might be a bit like taking ice-cream out of the freezer and leaving it in direct sunlight for a while. By the time our memory goes back into the freezer, it might have naturally become a little misshapen, especially if someone has meddled with it in the meantime.

These findings teach us a lot about how our memories are formed and stored. And they might lead us to wonder how much our most treasured memories have changed since the very first time we remembered them.

Or perhaps not. After all, my research with other colleagues shows that people are generally pretty unwilling to invest time and effort in checking the accuracy of their memories. But whether or not you ever actually discover any small or large changes that have occurred, it’s unlikely that your treasured memory is 100% accurate. Remembering is an act of storytelling, after all. And our memories are only ever as reliable as the most recent story we told ourselves.

Robert Nash is a Senior Lecturer in Psychology, Aston University