Reviving ancestral medicine: For centuries indigenous people have been looking to nature to heal what ails 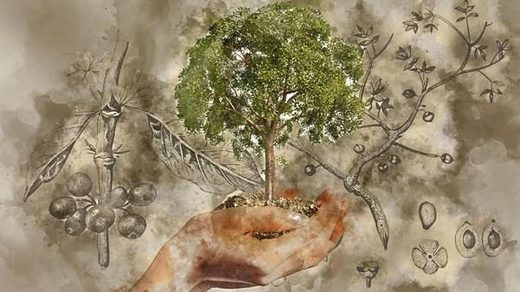 Reviving ancestral medicine: For centuries indigenous people have been looking to nature to heal what ails

A self-described “nerdy indigenous ethnobotanist” who lectures at Sitting Bull College, a tribal university in Fort Yates, North Dakota, Black Elk is among the leaders of this renaissance, sharing her journey with more than 30,000 Facebook followers and speaking around the world. Determined to make indigenous healing more widely available, she is also setting up a local clinic inspired by the medical camp she operated during the 2016-17 protests at Standing Rock Sioux Reservation.

“Probably what is most important to me is the realization that ‘traditional medicine,’ or Native ways of knowing and understanding the world, are just as important, valid and useful today as they were 1,000 years ago,” Black Elk says. “I feel like indigenous knowledge and medicine can work with Western medicine to create something that is more complete, more whole.”

With growing numbers of people searching for alternatives to the biomedical model of health care, Black Elk uses her apothecary to treat illnesses ranging from arthritis and respiratory problems to heart disease and diabetes to anxiety, depression and more.

But her larger mission is to build a bridge between ancestral wisdom and modern science. Married to a great-grandson of Black Elk, the Oglala Lakota medicine man whose recollections of tribal history, cosmology and myth were recorded in the 1932 book Black Elk Speaks, the 44-year-old is completing a Ph.D. in ecology and environmental science. What distinguishes Black Elk from other academic researchers is that she considers medicinal plants, such as echinacea, rose hip, blue vervain and valerian, her “relatives” – no different from the flesh-and-blood members of her family tree.

“She has the college education, but she also has indigenous knowledge,” says LaDonna Brave Bull Allard, a tribal historian who has known Black Elk for years. “Linda has been able to balance two worlds. That’s what makes her unique.”

Born into the Catabwa Nation, Black Elk learned about medicinal plants from her mother and grandmother and knew from a young age that she was destined to be a healer. A lecturer at Sitting Bull College since 2001, she leads students on field trips to identify herbs and promote what she calls “food sovereignty,” or the right to access healthy and culturally appropriate food while living sustain-ably and in harmony with nature.

Black Elk’s work has taken her beyond the U.S. to address audiences in Great Britain, Italy, Australia and Guatemala; still, her priority remains protecting Native Americans’ cultural, spiritual and natural heritage – a calling she embraced in the wake of the Standing Rock protests against the proposed 1,200-mile Dakota Access pipeline.

Braving riot police armed with dogs and military-style vehicles, and getting hosed with water cannons in subzero temperatures, Black Elk ran a medical camp for sick and injured protesters. Some two dozen Western-trained physicians and Native American healers volunteered to pool their knowledge. The elderly woman with a burned foot was just one of the hundreds Black Elk treated, and that combination of modern and indigenous medicine served as a model and inspiration for the clinic she’s opening in Fort Yates.

“We created this space where anyone could come and receive health care,” Black Elk says. “We had people coming from hundreds of miles away – people who didn’t even care about the pipeline.”

Dr. Donald Warne, associate dean at the University of North Dakota’s School of Medicine and Health Sciences and an Oglala Lakota, says Black Elk’s values cut a sharp contrast to the profit motive driving most U.S. health care. “In modern systems, we’re always concerned about intellectual property, who gets the credit, who gets the patent. It’s not what she’s about,” he says. “She’s about ensuring the knowledge is spread to people who need it and want it.”

While many people attest to the benefits of herbal medicine, health care professionals strike a more cautionary note. Craig Hopp, an expert on plant-based remedies at the National Center for Complementary and Integrative Health, says a skilled herbalist might help with minor ailments, but his advice is clear: Consult a doctor for anything remotely serious. “As beneficial as herbs might be, they’re not going to treat your cancer,” Hopp says. “That’s where I’d draw the line and say you need some serious medicine to get through this crisis and don’t mess around with the other stuff.”

What’s more, say the skeptics, few indigenous remedies have been subjected to clinical trials. But could there be other ways to discern the medicinal properties of plants besides carefully controlled laboratory studies? For her part, Black Elk prefers to approach a wild herb and offer it a pinch of sacred tobacco or sing it a song before asking for its message.

Sometimes she will hear a voice in her head, speaking in English or Lakota, or receive an image in a dream. “Other times, I will meet a plant relative, and I’ll get an impression,” she says, “a feeling of ‘I can help you. I’m available for you to harvest, and use as medicine.'”

With researchers positing that sophisticated forms of plant consciousness may be possible, Black Elk looks forward to the moment when science catches up with the truth indigenous people have long known: The spirits of trees, herbs and flowers can teach as well as heal. One day, she hopes their lessons will not only open new pathways for curing diseases but also provide a blueprint for restoring the balance between people and the planet.

“As an indigenous woman, I have been taught to think, How will my actions today impact the next seven generations after me?” says Black Elk. “If anything, what happened at Standing Rock helped show the world that our connection to the land – which is still as vibrant and real as it always was – is the key to moving forward to create a better world for everyone.”