Is DNA to blame? – Should killers with a violence gene get lighter sentences? 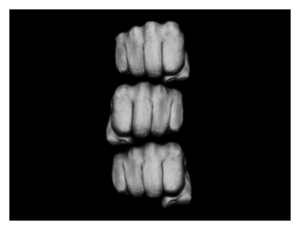 Is DNA to blame? – Should killers with a violence gene get lighter sentences?

In 2015, Anthony Blas Yepez was sentenced to more than 22 years in prison after killing George Ortiz, his girlfriend’s step-grandfather.

Three years prior, Yepez and his girlfriend were living with Ortiz when, according to testimony, Ortiz hit Yepez’s girlfriend in the face. Yepez says he isn’t sure what happened next but that he “must have blacked out.” When he came to, he was on top of Ortiz, who was bleeding and appeared to be dead. Yepez and his girlfriend then poured cooking oil on the victim, lit him on fire, and fled the scene in Ortiz’s car.

Now, Yepez’s lawyer, Helen Bennett, is seeking a retrial for her client – and she’s relying on an unusual argument: that Yepez is genetically inclined to act violently due to the “warrior gene.”

Specifically, Bennett is arguing that Yepez has low levels of the enzyme monoamine oxidase A (MAOA). Some research implies that people with low MAOA do not regulate chemicals in the brain properly, which can result in abnormal aggression. Later this year, the New Mexico Supreme Court is expected to review the case.

“Now is the time for courts to begin to analyze this intersection between science and law.”

According to Bennett, Yepez has low MAOA levels and suffered abuse in childhood. (Some evidence suggests that childhood trauma combined with low MAOA can lead to antisocial problems.)

“Under certain circumstances with people with a certain genetic makeup who have had experiences of abuse or trauma in their childhood, their free will can be overrun by this impulse to violence,” Bennett tells Medium.

It’s not the first time Bennett has attempted this argument for Yepez. In 2015, she tried to introduce the warrior gene theory into case evidence, but the judge at the time rejected it. Bennett is hoping for a second shot.

“Now is the time for courts to begin to analyze this intersection between science and law,” she says. “As science envelops and touches upon so many aspects of our society, it’s really incumbent upon the courts to engage in this consideration.”

In 1993, geneticist Han Brunner and his colleagues discovered a gene mutation shared by five generations of men in a single Dutch family with a history of violence. As Brunner and his colleagues described in their study, one man tried to rape his sister, another tried to run over his boss with his car, and another would enter his sisters’ bedrooms at night with a knife to force them to undress. At least two of the men were also arsonists. All the men, the team discovered, shared a severe MAOA gene defect. The high-profile study was published in the journal Science.

The job of MAOA is to help recycle and break down chemicals in the brain called neurotransmitters. Some of these neurotransmitters include dopamine and serotonin, which are involved in mood regulation. If a person produces low amounts of MAOA, the recycling process happens less often, which could result in elevated aggression.

Not all MAOA mutations are the same. The men in Brunner’s 1993 study produced no MAOA enzyme at all. This particular defect is considered very rare and is referred to today as Brunner syndrome. One-third of all men, however, have a version of the MAOA gene that produces the enzyme but at lower levels. It’s this version that’s referred to as the “warrior gene.”

Since Brunner’s 1993 study, lawyers have tried – largely unsuccessfully – to introduce genetic evidence into court cases to suggest that offenders of violent crimes may be predisposed to commit them. The first such case was in 1994, when a man named Stephen Mobley confessed to shooting the manager of a pizza store. Lawyers defending Mobley requested a genetic test to check for MAOA activity on the basis that he had a history of violent men in his family. The court denied this request, and Mobley was eventually sentenced to death.

In 2009, however, an Italian court reduced the sentence of a man convicted of stabbing and killing someone by one year after tests concluded that he had five genes linked to violent behavior, including a less-active MAOA gene. Some experts criticized the decision, including prominent geneticist Steve Jones of University College London in the U.K., who told Nature at the time, “Ninety percent of all murders are committed by people with a Y chromosome – males. Should we always give males a shorter sentence? I have low MAOA activity, but I don’t go around attacking people.”

Brunner, now based at Radboud University in the Netherlands, tells Medium that he stands by the findings of his study published more than 25 years ago, noting that more evidence has accumulated for the phenomenon since then. In the rare cases where suspects produce no MAOA enzyme, Brunner thinks courts should consider that these people are at a higher risk of acting abnormally. “In that case, there is strong scientific evidence, and I think it should be heard,” he says. “How much that would weigh, obviously, is up to the judges, the lawyers, and the juries.”

But for people with the low-activity MAOA gene, Brunner thinks there’s insufficient evidence to suggest they behave more violently than others, and he doesn’t think they should receive leniency.

“If genetics makes us do something beyond our control, it takes away a key notion of human agency-the very feature that makes us human.”

“I think the evidence is pretty clear that this gene plays some role in [causing a] higher propensity for criminal violence,” says Christopher Ferguson, a psychologist at Stetson University in Florida who has written about MAOA. Ferguson believes the combination of the low-activity MAOA gene and a traumatic childhood might be considered as a mitigating factor in court cases but shouldn’t be used to “medicalize crime,” because there are people who have this version of the gene and are not criminals.

“Genes and environment really aren’t fully deterministic,” Ferguson says. “They obviously put pressure on us to behave in certain ways, but we still have a certain degree of control.”

Bennett first appealed Yepez’s conviction in 2016, suggesting that the jury should’ve had the opportunity to consider the warrior gene theory testimony. In July 2018, the court determined that even if the testimony was prohibited in error, it is irrelevant in Yepez’s case since he was convicted of second-degree murder, which is a crime that doesn’t require proof that the killing was premeditated. Still, Bennett is seeking a retrial, and the New Mexico Supreme Court will review the appeals court decision on the matter.

“The fact that Mr. Yepez was found guilty of a second-degree crime without the [warrior gene] evidence doesn’t in any way indicate what the jury might have done had the evidence been presented to them by an expert,” Bennett says. “The courts should be incorporating newly discovered scientific theories into the presentation of evidence to a jury.”

Whether Bennett is successful in convincing the New Mexico Supreme Court that Yepez is more prone to act violently due to his genes is uncertain.

“No case to date has used MAOA data as evidence to negate a defender’s intent or to absolve from responsibility for the behavior,” says Maya Sabatello, a clinical bioethicist at Columbia University in New York. “A request for a retrial regarding intent only on the basis of MAOA evidence goes beyond the impact that such evidence has had so far on judicial decisions.”

MAOA is a small piece of a big puzzle. Science is a continually evolving process, and theories and techniques used today may be disproven down the line. A classic example is bite marks: Many convictions have relied on identifying culprits purely from their bite marks, though a study found that people examining the marks were incorrect at identifying perpetrators up to 24 percent of the time. Other forensic methods, like blood splatter, polygraph tests, and handwriting, have also come under scrutiny in recent years.

In behavioral genetics, scientists are also moving away from so-called candidate gene studies, where researchers identify specific genes and evaluate how they might underlie certain behaviors. The impact of one gene in isolation is small, and our behavior is based on much more than our DNA. Even if a propensity toward violence is genetically related, there might be several genes involved.

“As long as the validity of the evidence has been established and is presented by an expert in the appropriate light with the appropriate caveats, I absolutely believe biological evidence has a place in the courtroom,” says David Chester, a psychologist at Virginia Commonwealth University in Richmond who has studied MAOA. But in the case of single-gene studies being used to explain complex human behavior, he says, “We’re just nowhere close to being there yet.”

From a legal perspective, Sabatello says the argument that “my genes made me do it” raises questions about free will. “If genetics makes us do something beyond our control,” she says, “it takes away a key notion of human agency-the very feature that makes us human.”