Yes, the rich and famous actually are quite narcissistic 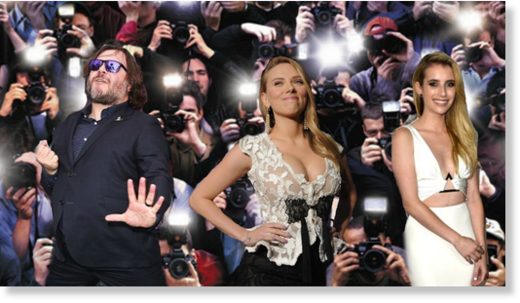 Yes, the rich and famous actually are quite narcissistic

Have you ever wondered whether those who inhabit the ethereal world of the truly wealthy are, at their core, narcissistic? Does it seem that the ability to satisfy your every whim, to have well-paid staff wait on you hand and foot, and to socialize with other high-flyers can make almost anyone become unduly self-centered and entitled? Imagine yourself being able to walk into a room and immediately draw the attention of all who want to impress you. Consider what it would be like to have personal shoppers come to you with a panoply of expensive designer clothes and jewelry and you don’t even have to peek at the price tag. Someone is hired to come every day to freshen your appearance and you have personal trainers who inspect every muscle as you enter your in-home gym. If you’re not just rich but famous, imagine that your every move is followed and reported in the media by reporters and photographers. You read about yourself daily in the musings of the celebrity press, and your social media following is flourishing.

Coming back to reality now, you can see how being catered to at this level and getting so much attention could create a world in which you see yourself at the center. On the other hand, how do rich people get to be rich? They may be born into wealth, in which case it wasn’t anything they’ve done to acquire their vast reserves. If they are the ones who accumulated those reserves, perhaps there is something about their personalities that drove their rise to greatness. In either case, living life at the top echelons of the income scale now creates an environment that could very well bring out whatever narcissistic tendencies a person may have ever had.

Investigating the question of whether the rich are “different,” University of Münster’s Marius Leckelt and colleagues (2018) believe that they are. The authors begin their study by noting that “Despite the societal relevance of this group and the ubiquitous nature of perceptions about them” (e.g. greedy, untrustworthy, dishonest, but also intelligent and hard-working), “there is currently only very limited empirical insight on the personality of de facto rich individuals” (pp. 1-2). Those “de facto” rich individuals are not just theoretically wealthy used in experimental scenarios (such as in “imagine someone who is wealthy”) but the actual 1 percent.

The most comprehensive theoretical framework for understanding the social class-personality relationship, the authors propose, relies on the “solipsistic social cognitive tendencies” that develop among the truly wealthy. Upper-class individuals, according to this view, believe that their personalities, goals, and emotions should be able to influence actual outcomes. In other words, they believe that they, and only they, exist in the world. “Solipsism” is an extreme form of egocentrism, then. People at lower levels of the socioeconomic scale don’t have this sense of ultimate control and power because they are the ones most likely to be acted upon by those at the top, whose actions really do determine their fate.

The personality measures administered across these studies were based on the Five Factor Model, which taps the traits of Neuroticism, Conscientiousness, Openness to Experience, Agreeableness, and Extraversion. Participants also completed measures of narcissism, and they rated themselves on locus of control, which assesses your perception of how much you feel you determine your own destiny. Social cognitive theory would predict that those who attain high status would be high in Extraversion and Conscientiousness, but low in Neuroticism. They should also have an internal locus of control (believe they control their fate) and be high in dominance and narcissism.

If all of this is true, then, you can see why the rich would have, or come to develop, narcissistic personalities. To test this theory, the authors were able to take advantage of a unique opportunity in which the German government, as part of its annual poverty and wealth report, conducted surveys on people whose salaries and net worth totaled at least one million Euros. To compare these high net worth individuals with others from the general population, the research team tapped into population data from several surveys conducted at the national level. Finally, a third sample supplied ratings of their perceptions of wealthy people. Using an innovative approach to see how average people would respond if they believed themselves to be rich, the same individuals filled out those personality measures “through the eyes of a high net-worth individual” (p. 6).

Leckelt et al., then, could compare the actual personalities of people at the high end of the wealth distribution with the stereotypes about them held by ordinary individuals. The first set of findings showed that the stereotypes of wealthy people “were not merely illusory but shared with actual differences of high-net-worth and the general population in their self-reported personality scores” (p. 13). There was a tendency, however, for the stereotypes to be exaggerated, as you might expect given that a stereotype is by definition an exaggeration.

Turning now to the actual personality profiles of those in the ranks of the 1 percent, the German authors found these to conform to their theory’s predictions. These high-status and wealthy people were indeed more extraverted, conscientious, emotionally stable (low in neuroticism), and were also more open to new experiences, narcissistic, and high in an internal locus of control. The personality profile differences held even after controlling for a set of demographic factors including sex, age, and education.

The question remains as to whether wealthy people get that way because of their personalities or whether being wealthy fosters their narcissism and belief in their own powers. In either case, the fact remains that, as the authors point out, “They live in class contexts that foster feelings of personal control and agency through material means” (p. 14). The wealthy aren’t controlled by their environments, nor does having a “communal orientation” hold any advantage to them. They focus more on getting ahead, in other words, than getting along. Over 60 percent of the wealthy in this study ran their own companies, but the authors couldn’t distinguish between those who built and those who inherited their empires. Inheritance can include more than just directly taking over a family business, of course. People from wealthier backgrounds attend more elite educational institutions, run in social circles populated by other wealthy people, and are better able to make themselves attractive to potential employers. They end up in the halls of power and wealth, but those are the halls in which they grew up so they feel entitled to whatever opportunities come their way.

The German study also did not examine the quality of relationships or levels of happiness of the super-rich. How do others close to them respond to their dominance, sense of entitlement, and “solipsistic” view that only they exist in the world? Thus, as you look at the rich and famous whose exploits dominate the media, your suspicions that they inhabit a different world from you are most likely correct. These people may be better able to control that world, but perhaps at the cost of true fulfillment.