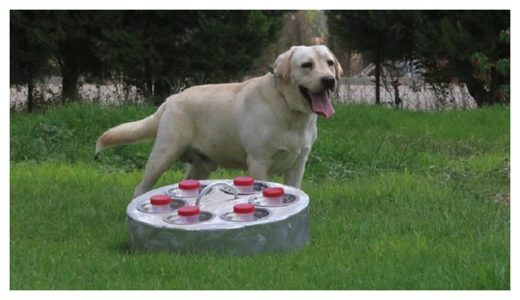 In 2013, Stephanie Herfel of Milwaukee Wisconsin noticed that her Siberian husky Sierra smelled her stomach multiple times before running off to hide leading her to believe something was wrong as she had been experiencing pain.

She scheduled an appointment with her gynecologist who discovered an ovarian cyst and she was sent home with a pain killer. At home she noticed that the dog was still acting strange and she decided to seek a second opinion.

After a few weeks her doctor told her that she had an advanced stage of ovarian cancer. Herfel underwent a hysterectomy and chemotherapy.

In subsequent years her dog again acted strange prompting her to return to her doctor and indeed she discovered that the cancer returned, first in her liver then her pelvis. She feels that Sierra saved her life on multiple occasions.

As early as 2011, researchers found that dogs can detect cancer with high accuracy using their sense of smell.