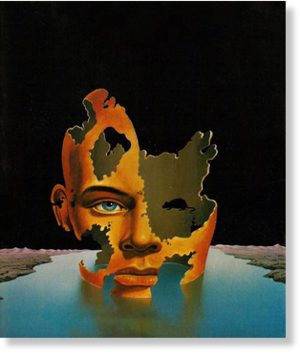 In a very real sense, these mind parasites “cure” us of our wrong attitude towards both the world as well as ourselves. Instead of a typical virus mutating so as to become resistant to our attempts to heal it, the wetiko virus forces us to mutate relative to it. It is as though the evil of wetiko is itself the instrument of a higher intelligence. This higher power, through the revelation and understanding of wetiko, connects us to a sacred, creative source within ourselves that makes “the hydrogen bomb seem a mere candle.” In Dispelling Wetiko I write, “The wetiko bug is the greatest catalytic force of evolution ever known -as well as not known -to humanity.”

Sometimes we have to try to imagine what’s happening in order to gain access to reality. By creating a made-up fantasy world, it is as if Wilson, like the proverbial figure of “the fool” in the King’s Court, is “making light” of what is actually taking place as a way of getting the word out and telling the truth. Telling his story as if it’s fiction -i.e., not true – enables Wilson to break the taboo against speaking the truth in a world where to do so is fraught with peril, even criminalized. Sharing his tale as if it’s merely a fictional product of his creative imagination skillfully allows him to bypass the flaming editorial swords of the gatekeepers of consensus reality with a liberating knowledge that would ordinarily – if put out as a factual warning to humanity – be seen as disruptive and taboo from the point of view of the powers-that-be.

Ironically, if what Wilson is saying is true -i.e., that malevolent forces have infiltrated both our world and our minds-by presenting this information as if it’s merely fiction, he’s protecting himself from a retributive attack from the very mind parasites that he’s pretending only exist in his fantasy novel. As if a member of a timeless underground resistance movement, Wilson has managed to sneak in “living information” into a world that is unknowingly imprisoned and in desperate need of exactly such knowledge. Interestingly, while writing this article, I felt the mind parasites doing everything they can to stop me from getting this information out. Maybe, of course, this is only my overly activated imagination. In any case, I can easily feel like I am living in Colin Wilson’s mind parasites novel.

The Mind Parasites by Colin Wilson is a beautiful and powerful example of someone giving themselves creative license to express an aspect of our experience that-because it operates in the shadows of the psyche – usually goes unrecognized and easily becomes marginalized. The idea of mind parasites invading both our world and our mind sounds completely and utterly crazy, but sometimes an idea is so crazy that it just might be right.

A pioneer in the field of spiritual emergence, Paul Levy is a wounded healer in private practice, assisting others who are also awakening to the dreamlike nature of reality. He is the author of Awakened by Darkness: When Evil Becomes Your Father(Awaken in the Dream Publishing, 2015), Dispelling Wetiko: Breaking the Curse of Evil (North Atlantic Books, 2013) and The Madness of George W. Bush: A Reflection of Our Collective Psychosis (Authorhouse, 2006). He is the founder of the “Awakening in the Dream Community” in Portland, Oregon, and facilitates a number of “Awakening in the Dream Groups” every week, in which people who are awakening to the dreamlike nature of reality come together in a way that helps everyone deepen and stabilize their lucidity. An artist, he is deeply steeped in the work of C. G. Jung, and has been a Tibetan Buddhist practitioner for over thirty years. He is the coordinator for the Portland PadmaSambhava Buddhist Center. Please visit Paul’s website www.awakeninthedream.com. You can contact Paul at paul@awakeninthedream.com; he looks forward to your reflections.