Study shows parents who cuddle, touch their babies may change their DNA 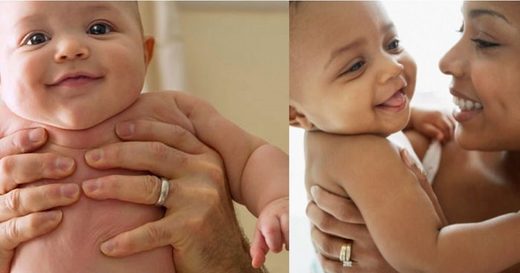 Study shows parents who cuddle, touch their babies may change their DNA

Even though there has always been a long-standing myth that you shouldn’t cuddle or hold your baby for too long because you might “spoil” the child, so to speak, there’s a new study that suggests that isn’t necessarily true. Research claims that parents who cuddle and have as much skin-to-skin contact as possible during the first few months of a child’s life might end up changing their DNA.

According to a study conducted by a team of researchers at the University of British Columbia parents should get in as many cuddles as possible during the early years of a child’s life, as there’s a strong possibility that all of this lovable contact will influence a child later on in life, too. The study, published in the Journal of Development and Psychopathy, claims that cuddles impact a person’s molecular levels and as a result, can also change their DNA, too.

The team of researchers in the study followed 94 healthy 5-week-old babies during a four year time period. During that time, the parents of the children were asked to keep diaries and record how many times they were held, cuddled, fed, slept, and so on.

The results weren’t very surprising. The study concluded that those children who were cuddled more by their parents turned out to be toddlers who were less stressed than their non-cuddled counterparts. The researchers say that they looked at the children’s DNA methylation, which is a process that changes how genes function, like how a child expresses themselves, both physically and emotionally, too.

Furthermore, there were significant differences in the stress levels between the cuddled and non-cuddled children. The kids who got fewer hugs were more distressed and had what is called biological immaturity.

“We plan to follow up on whether the ‘biological immaturity’ we saw in these children carries broad implications for their health, especially their psychological development,” says the study’s lead author, Sarah Moore. “If further research confirms this initial finding, it will underscore the importance of providing physical contact, especially for distressed infants.”

So what are parents to do? Cuddle, hold, and be as close as possible to their babies for as long as they can. After all, the moment those preteen and teen years hit, there’s a good chance that those little bundles of joy won’t want to be showered with that much love anymore, especially if their friends happen to be around.