Do Not Disturb: How I ditched my phone and unbroke my brain 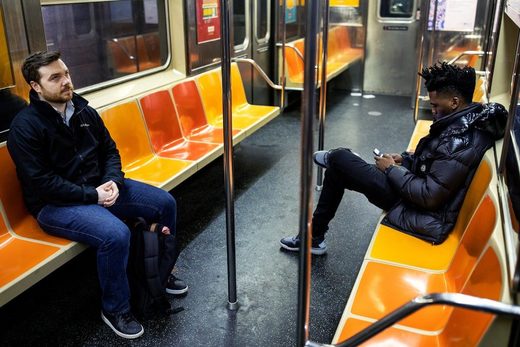 Do Not Disturb: How I ditched my phone and unbroke my brain

Allow me a bit of bragging: Over the course of 30 days, my average daily phone time, as measured by the iPhone’s built-in screen time tracker, has dwindled from around five hours to just over an hour. I now pick up my phone only about 20 times a day, down from more than 100. I still use my phone for email and texting – and I’m still using my laptop plenty – but I don’t itch for social media, and I often go hours without so much as a peek at any screen.

In one of our conversations, I asked Catherine if she worried that I would relapse. She said it was possible, given the addictive properties of phones and the likelihood that they’ll only keep getting more essential. But she said that as long as I remained aware of my relationship with my phone, and continued to notice when and how I used it, I’d have gotten something valuable.

“Your life is what you pay attention to,” she said. “If you want to spend it on video games or Twitter, that’s your business. But it should be a conscious choice.”

One of the most unexpected benefits of this program is that by getting some emotional distance from my phone, I’ve started to appreciate it again. I keep thinking: Right here, in my pocket, is a device that can summon food, cars and millions of other consumer goods to my door. I can talk with everyone I’ve ever met, create and store a photographic record of my entire life, and tap into the entire corpus of human knowledge with a few swipes.

Steve Jobs wasn’t exaggerating when he described the iPhone as a kind of magical object, and it’s truly wild that in the span of a few years, we’ve managed to turn these amazing talismanic tools into stress-inducing albatrosses. It’s as if scientists had invented a pill that gave us the ability to fly, only to find out that it also gave us dementia.

But there is a way out. I haven’t taken an M.R.I. or undergone a psychiatric evaluation, but I’d bet that something fundamental has shifted inside my brain in the past month. A few weeks ago, the world on my phone seemed more compelling than the offline world – more colorful, faster-moving and with a bigger scope of rewards.

I still love that world, and probably always will. But now, the physical world excites me, too – the one that has room for boredom, idle hands and space for thinking. I no longer feel phantom buzzes in my pocket or have dreams about checking my Twitter replies. I look people in the eye and listen when they talk. I ride the elevator empty-handed. And when I get sucked into my phone, I notice and self-correct.

It’s not a full recovery, and I’ll have to stay vigilant. But for the first time in a long time, I’m starting to feel like a human again.

Kevin Roose is a columnist for Business and a writer-at-large for The New York Times Magazine. His column, “The Shift,” examines the intersection of technology, business and culture