Hands off the chocolate! First chocolate company to brag about being pro-GMO supports GMO cacao trees 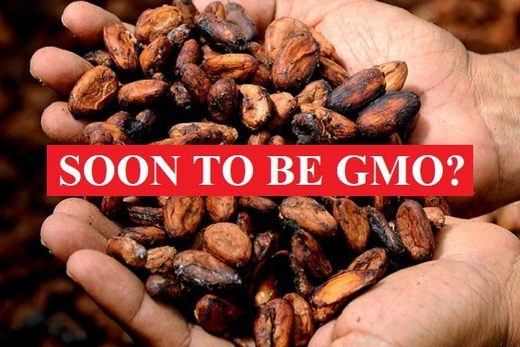 Hands off the chocolate! First chocolate company to brag about being pro-GMO supports GMO cacao trees

While many companies fight against using genetically modified ingredients, and others do not care that they are using them, the first company to openly brag about being pro-GMO has officially arrived on the scene.

That company is Ethos Chocolate, which is creating and selling its product with hopes that our beloved cacao trees will be genetically modified soon.

Their project is supported by about 1,600 farmers of A Fresh Look, which also support GMOs.

Ethos’s four chocolate bars boast about genetically modified research changing papaya to be over 90% GMO; the newest GMO non-browning apples; the upcoming GMO oranges, and the possibility of genetic engineering taking over cacao in the near future.

How to Save Cacao without GMOs

Pro-GMO sources push their lucrative, patented, unlabeled and untested genetic modification as the supposed only way to save them. In the case of cacao trees, climate change is being blamed as one reason for difficult conditions for growing them in certain regions.

Yet, going GMO is not the way to save our chocolate, after all, if the track record of the GMO industry is any indication (see the report from the New York Times titled Broken Promises of GMO Crops).

The Santa Barbara Chocolate company, which creates only GMO-free cacao products, states that the way to save chocolate is to buy it from eco-safe sources.

These suppliers use original heirloom seeds that are critical for long-term ecosystem survival. These species have been saved by organizations like Cocoa Research Center (CRC).

They also explain that climate change is not the only contributor to threat for cacao, it is urbanization and mining programs cutting down rainforests that create the more recent problem. Climate change has a more chronic but slow-progressing effect.

The way to fight it is to focus on shade growing cocoa that allows the trees to better tolerate climate change. This traditional method improves the soil, promotes biodiversity, and helps nearby plant and animal species, according to a review of 16 studies.

An organization called Global Seed Vault is also preserving seeds of endangered types of cacao among their 890,886 total seed samples.