The power of neuroplasticity: Boy’s brain rewires itself even with 1/6th of its contents missing 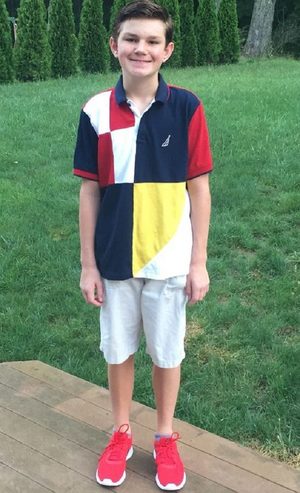 The power of neuroplasticity: Boy’s brain rewires itself even with 1/6th of its contents missing

In other words, Behrmann’s work revealed that Collins’ brain rewired itself, like the brain of the kitten that Hubel and Wiesel studied.

Just how the brain accomplishes this feat remains a central question. By analyzing brain scans using a neuroimaging technique known as diffusion tensor imaging, which shows how water travels along the brain’s white-matter tracts, Behrmann has found initial glimmerings that the white matter of the brain – the electrical wiring that underlines communication between multiple neurological regions – actually changes. Areas of the brain that weren’t connected before create new links, an example of neuroplasticity in action that may preserve brain functionality. But scientists still don’t know what triggers the cells of the white matter to behave in this way.

“When Tanner is 20, I think we’ll know a lot more about the overall wiring,” Behrmann says. “The one thing that we will not know in humans, and I don’t know how we will ever know it, are the changes that occur at the level of the cells themselves.”

Every three to six months, Collins returns to Behrmann’s lab to undergo tests and be examined for any visual deficits. Behrmann hopes that following him over time will lead to more definitive answers, not only about how his visual system finally reorganizes itself but also the process by which it does so. “We’ve got a long way to go, but the work, I think, is really exciting,” she says.

In a follow-up study Behrmann conducted with Collins and nine other children – all of whom are missing areas of either their left or right hemisphere – eight of them, including Collins, showed absolutely normal vision function. The two who did not are children whose brain damage from seizures was more severe prior to their surgeries.

This sort of insight is needed to gauge when to perform a brain surgery like the one Collins had. At what age should parents agree to remove a tumor that’s causing epileptic seizures? Sometimes, resective surgery that removes brain tissue can make it difficult for a person to use and understand words; it can also, as it did in Collins’ case, result in visual impairment.

“Once we have a better picture of exactly what happens after we remove large segments of the brain, we may be able to counsel families more effectively,” says Taylor Abel, MD, a pediatric neurosurgeon who specializes in epilepsy surgery and arrived at the Children’s Hospital of Pittsburgh last summer to begin collaborating with Behrmann. “The goal should be to do whatever you can to stop the seizures and get off of medications as early in your life as possible. The sooner you do that, the sooner you can return to a normal developmental trajectory.”

It may even be the case, Abel and Behrmann point out, that some of the reorganization that took place in Collins’ brain started prior to his scheduled surgery. It’s not something Behrmann can prove, since all the research conducted on Collins has taken place post-surgery.

“When you have an abnormality in your brain that’s causing seizures, that abnormality can actually cause the brain to reorganize or start reorganizing before the surgery actually takes place,” Abel says. “But the other thing that sometimes happens is that the seizures affect the functions in the brain, and the brain doesn’t reorganize.”

Behrmann says one of the fundamental goals of her research is to study a large enough population of children to determine if there are patterns of optimal recovery based on the age they had their surgery. Reorganization to the degree Collins has experienced is impossible for adults undergoing similar surgery, Behrmann says, as they lack the neuroplasticity seen in children.

In late 2017, a follow-up MRI at the Children’s Hospital of Pittsburgh showed that Collins’ tumor grew back. This time, though, it was the size of a pea. Two months later, in February 2018, surgeons opened his brain a second time. Collins says the prospect of a second surgery didn’t bother him; he just wanted the pea-size tumor out of his head so he wouldn’t have to worry about it. (The surgery went well, and he’s still tumor-free.)

As we close in on minute 24 of our chess match, I move my king in the corner of the board, still certain of my impending doom. Collins scans his remaining white pieces and then takes a look at where his king sits.

Checkmate for me, I realize, surprised by a victory I did not expect. Collins begins breaking down the moves he made, retracing some of his steps. It seems he forgot about a pawn of mine that was still on the board.

“I like losing,” he says. “Obviously, I like winning, too. But when you lose, you gain the knowledge.”

Even after losing a portion of his brain, Collins is still learning. His brain is still growing, still adapting – and, even if it’s not readily apparent, still changing.