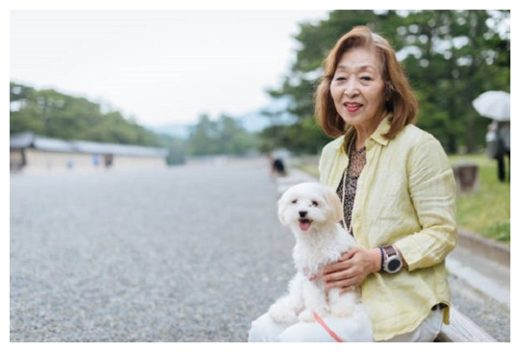 Elderly people who own dogs should probably think twice before taking it for a walk, US figures show.

In a Research Letter published in the journal JAMA Surgery, researchers led by Kevin Pirruccio from the University of Pennsylvania in Philadelphia, reveal that in 2017, the latest figures available, thousands of people aged over 65 were admitted to hospital suffering injuries sustained while walking dogs.

All the dogs, by the way, were on leashes at the time.

The researchers used a records form 100 US hospital emergency departments to sample dog-walking injuries among the elderly between the years of 2004 and 2017.

They discovered that the number of reported injuries almost tripled over the period, from 1671 at the start of the period to 4396 at the end.

Most of the injuries were fractures and almost three-quarters of the patients were women. Over a quarter of emergency room attendances resulted in actual hospital admissions.

Pirruccio and colleagues say that theirs is the first study ever made of the injuries associated with dog-walking among the elderly. As such it presents a cautionary counter-narrative to the widespread belief that dog-walking is a beneficial and low-impact form of exercise.

In significant danger, they say, are women who live alone and have age-related decreased bone mineral density. “Older women considering dog ownership must be made aware of this risk,” they write.

They make several recommendations designed to reduce the problems associated with dog ownership, “such as obedience training to ensure dogs do not lunge while leashed, or … smaller dog breeds for individuals contemplating ownership.”

For elderly people, particularly elderly women, the potential downsides to taking Fido for a nice stroll around the block, they stress, are very serious.

“Even one such injury could result in a potentially lethal hip fracture, lifelong complications, or loss of independence,” they warn.