SOTT FOCUS: The ‘Keto Crotch’ Phenomenon Illustrates How to Circulate Lies in the ‘Free Press’ 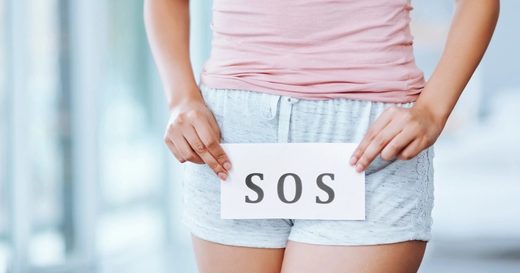 SOTT FOCUS: The ‘Keto Crotch’ Phenomenon Illustrates How to Circulate Lies in the ‘Free Press’

It’s interesting that the reactions against the ‘keto crotch’ phenomenon fit within the model itself, under the “Earned Media” quadrant. So the fact that the article you’re reading right now is a reaction to their campaign means that it fits perfectly within the campaign itself, boosting the term and giving it yet more traction. It’s fiendishly diabolical in its simplicity. Please forget you read this.
Another interesting part of the campaign, giving the story a modicum of credibility are the paid experts. These are the people who will basically give you a quote for anything you want them to say allowing you to benefit from their credentials. Doctors, dietitians, nutritional scientists, basically anyone with letters next to their name will do. Want an expert opinion on ‘keto crotch’ but no one who’s an actual expert would stoop to the level of commenting on it, other than to debunk it? Enter a paid expert:
As Zahorik says, “Keep in mind: It DOESN’T MATTER if the information is CREDIBLE or TRUE. We just need ENOUGH credibility to justify putting KETO CROTCH into the public awareness and have it REPEATED.”

The entire goal of this campaign is to try to kill keto because it’s losing people money. It would be hilarious if it weren’t for the fact that, unlike Weight Watchers, Kellogg’s, Coca-Cola and Barilla, the ketogenic diet has the potential to help thousands, if not millions, of people. Not just with weight loss, but with chronic pain, dementia, seizures, cancer, behavior disorders, heart disease, diabetes… the list goes on. To think of how many people could be helped through this diet, or something similar, who may be dissuaded from ever trying it due to a PR campaign designed to embarrass and humiliate them is enraging beyond belief.

However, be assured that campaigns like this really have nothing to do with health. They’re simply a means of controlling behavior in the desired direction to make people money. They don’t care if you’re healthy or sick, as long as a significant portion of your paycheck is going into their pockets. As Tristan from Primal Edge Health said, “These aren’t public service announcements, guys. This is social engineering… These are vehicles for advertisers to push ideologies. These are vehicles for advertisers to socially engineer us.” And he’s absolutely right. Something as trivial and lowest-common-denominator as ‘keto crotch’ is hardly worth getting worked up over, but think about how much of ‘what you know’ is tailored and crafted by a PR company looking to influence your perception. Think about how much of what’s in your head, as we speak, is the result of corporate propaganda that has absolutely zero relation to reality.