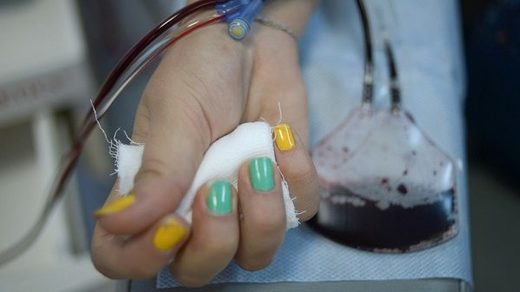 A Russian hospital specializing in treating children with cancer stands accused of years of negligence, with over 100 patients reportedly infected with Hepatitis C. Management has denied responsibility.

The hospital, which is located in Blagoveshchensk in Russia’s Far East, is currently being investigated by federal law enforcement. A probe was launched after parents who claimed their children had been infected filed a complaint. The scandal came to public attention last December, with the reported number of victims growing from a few to 26 to over 100 on Thursday.

The latest accusation comes from Kommersant newspaper, which cited one of the parents involved in the case, who asked for anonymity to shield her from possible pressure.

“After this got into the press, more parents came up saying their children got infected with Hepatitis C after being treated there. We stopped the list at 100 cases, which happened between 2013 and December 2018. In the last three years it was about 60 people.”

The newspaper said its source involved in the investigation confirmed that some 70 people are considered victims in the case and that the evidence points to a single source of infection. The blame presumably lies with a neglect of safety measures when performing blood transfusions.

The region’s governor responded to the story by saying that the first case of Hepatitis C infection dates back to 2008 or 2009. “Fortunately, this disease is treatable, but this gives some serious fodder to think how it happened and what can be done to avoid it in the future,” his office said in a statement.

Dr. Ruslan Belous, who heads the hospital, said the scandal comes from an overreaction of parents to the hospital improving its diagnostics rates.

“The source of the infection has not been established yet. Children with Hepatitis C in addition to being treated [at this hospital] also received treatment in hospitals in Moscow, St. Petersburg and Adler, which involved multiple invasive procedures,” he added.