Another one bites the dust: Vegan blogger accused of being fake after caught eating fish in secret restaurant video 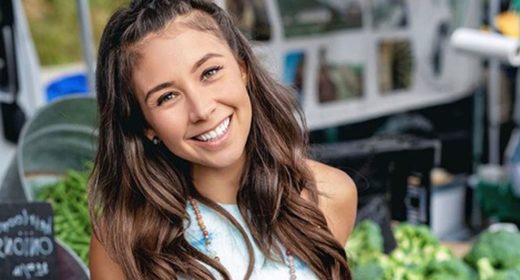 Another one bites the dust: Vegan blogger accused of being fake after caught eating fish in secret restaurant video

A vegan blogger is being criticised after she chose to eat fish at a restaurant.

The San Diego resident has more than 1.3 million Instagram followers and 1.9m YouTube subscribers. The 28-year-old has been a vegan for six years and has touted a number of different lifestyle, diet and health tips to her followers.

But she’s come under fire for appearing to eat fish at a restaurant.

The channel claims Ms Ayres, who smiles and looks down at her plate, was eating fish in the video and is a “fake vegan”.

In a YouTube video responding to the claims, the blogger says many of her followers “probably feel deceived and lied to”.

“And you’re right to feel that and for that I ask for forgiveness,” she says.

She adds she wasn’t planning on hiding her decision from anyone and is coming to terms with changing her diet due to health reasons. She also claims after water fasting she didn’t have a period for two years.

The blogger says after undergoing blood and urine tests in 2016 all her hormones “were out of whack”.

“They were pre-menopausal,” she says.

“The doctors were like, ‘you need to eat more fat’. I added salt into my diet because I needed minerals.”

She says she began to eat cooked foods and within two months had her period again but it was “very irregular”.

Her health issues continued over 2017 and she became borderline anaemic and suffered small intestinal bacterial overgrowth along with digestive issues.

After considering options from doctors who recommended fish and eggs to gain weight she incorporated them into her diet about two months ago.

“I decided to put my health first,” she says.

“It was difficult for me to eat that because I felt a lot of guilt and shame.”

While she says it’s an experiment for her, people aren’t thrilled by her decision.

“Making money off vegans to buy animal products,” one woman wrote on the YouTube video.

One man suggested she close her channel accusing her of being a liar.

Another called her “embarrassing”.

However, others were far more tolerant.

“No one wants to forgive? You’re all perfect, I guess,” one woman wrote.

Another woman wrote the blogger had to do what is right for her health.

“No one has the right to judge you,” she wrote.