Social media is making Americans unhappy, but can they ditch it? 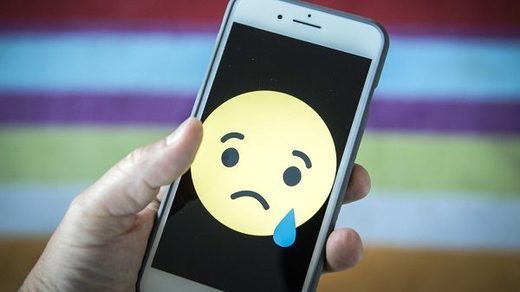 Social media is making Americans unhappy, but can they ditch it?

The digital age has coincided with decreasing happiness and well-being. Study after study shows this to be true, but the latest sign that we might all benefit from a digital detox comes from the World Happiness Report.

It’s bad news for the United States, which dropped in the ranking to 19th position, the unhappiest the US has been since the study began. This could be due to what the researchers called an “epidemic of addictions” – everything from drug and alcohol abuse, to gambling – and yes, obsession with digital media, which is hardly an American phenomenon alone. Hands up if you’re a recovering Twitter addict, like me?

These days, most of the criticism I fire off at sites like Facebook and Twitter has to do with their many privacy-related failings or their political biases and fondness for censorship – but what if it was something else that really started pushing us away? Something that the social media gods of Silicon Valley have less control over: How spending time on these platforms actually makes us feel.

It seems like every other day I’m hearing about a new study linking social media and unhappiness – and when you look into it, the statistics are fairly shocking. Happiness and life satisfaction in US adolescents increased between 1991 and 2011 – but suddenly declined after 2012. Similar trends were seen across the same period in the United Kingdom.

One researcher, Jean M. Twenge, posits that this is partly due to shifts in how people are spending their leisure time. By 2017, the average 12th grader was spending over 6 hours a day online, texting or on social media. By 2018, 45 percent of US adolescents said they were online “almost constantly.” I’d venture to guess the same could be said of some adults, too.

To fit in all that mindless screen time, people need to be spending less time face-to-face; less time reading, less time sleeping, less time in nature – all which no doubt serve us better than staring at a screen for hours. In fact, the only activity teens spent significantly more time on over the last decade is digital media.

So, we know social media is making us more unhappy, but why exactly is that? One likely reason is the plague of social comparison. People, particularly young people, see what Twenge calls the “highlight reels” of everyone else’s lives and decide that their own lives pale in comparison. Then of course there are the more serious reasons like cyberbullying or the fact that social media validation – likes, retweets etc. – can literally become an addiction for some people. Whatever it is, we could do without it.

The other day, a family member sent me a picture of a group of kids – about 12 or 13 years old – sitting on a pavement painting pictures (with actual paper and paints – it wasn’t an app!) There was not a phone to be seen. “I had to take a photo,” she said “Because I couldn’t believe it!” Indeed, it was a genuinely shocking sight in 2019.

Speaking of being outside, a 2017 US study found a widening disconnect between people and nature, with parents of 8 to 12 year-olds saying their kids spent three times as many hours with screens each week as they did being outside. More than half of adults themselves said they spent less than 5 hours outside each week.

Why does that matter? Nature makes us happy. There’s a huge body of research detailing the positive impacts of spending time in nature. Even looking at pictures or videos of nature can make us feel better (although I’d recommend the real thing, if possible).

Is it mere coincidence that the people who spend most time online are also less happy? Nope. A 2015 study found that higher amounts of screen time were associated with lower odds of happiness. Another study found girls who spend 5 or more hours on social media are three times more likely to be depressed.

I know what you’re thinking: Maybe it’s not social media making them depressed, maybe it’s just that depressed people flock to social media, while happy people are frolicking around outside. Twenge examines that possibility of “reverse causation” in the report, too. It turns out, however, that several studies following the same people over time found digital media use predicts lower well-being later on – and random experiments have found that adults who suddenly limit their social media use in turn improve their overall well-being.

Now, I wasn’t part of any studies (and nor am I American), but my own experience would also bear this out. A while back, I did a no-Twitter experiment. At first, it was impossible. The app insisted on sending notifications about tweets which I (God forbid) might be missing. But as soon as I deleted the app, I managed two weeks of Twitter-free bliss. I returned because it’s essential to me for work, but I discovered that the apps themselves were never necessary – and I ultimately deleted the Facebook one, too.

On another occasion, more recently, it dawned on me that I even hated using Facebook on the actual website, nevermind the app. In an effort to cleanse my Facebook environment, I went on an ‘unliking’ spree and unfollowed about 200 pages. It was like the Marie Kondo method, but for clearing out the unnecessary crap that clogs your Facebook feed. “Does this bring me joy?” I would ask, before quickly hitting the ‘unlike’ button. I also disappeared people whose posts usually left me feeling annoyed and after an hour or so of purging, I was left with mostly dog videos and pictures of birds – highly recommendable.

A few weeks before, I inquired as to why my teen cousin seemed to have ditched social media, including Instagram. “Too much drama” and “I just feel better without it” was essentially the answer. I can’t exactly say my very limited experience in this regard amounts to any kind of ‘trend’ but it does increasingly seem like social media holds less allure for people.

Teens are dropping from Facebook, at least, like flies. A 2018 study found a dramatic plunge in the numbers of teens using the social networking site. Another study found that more than half of people born after 1995 (Gen Z) had quit or were considering quitting at least one social media platform.