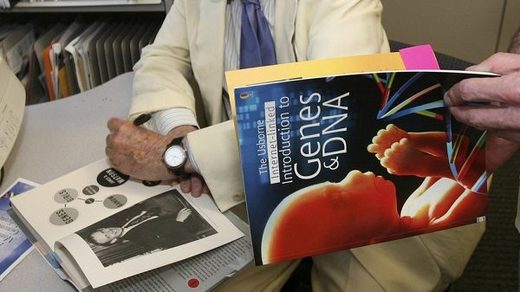 The resulting uproar caused the professor endless grief – even after an exhaustive post-publication review of the paper confirmed her key conclusions. She lost her consulting job and some local clinicians even called for her immediate firing from Brown. Ironically, Littman is not a conservative – showing that a liberal worldview won’t save you from the outrage mob. In an interview with Quillette, she claimed that she received pushback because her paper “did not support the gender-affirming perspective.”

The scientist who discovered the structure of the DNA molecule, and received a Nobel Prize for his findings in 1962, found himself on the receiving end of social justice wrath in 2007, after suggesting a genetic link between race and IQ.

According to Watson, his unpopular position on the subject quickly transformed him into an “unperson.” The ire of the scientific community eventually led to his expulsion from most of his positions, and left him bereft of public speaking opportunities for years to come. Stripped of most sources of income, Watson was forced to sell his Nobel Prize medal.

Undeterred, he recently said that he stands by his controversial idea that there’s a genetically-backed “difference on the average between blacks and whites on IQ tests.”

It was not Watson’s only eccentric idea. He believes, for example, in a link between sunlight and libido – and that doesn’t devalue his genuine input in genetic research. Nonetheless, his thought crime essentially led to his banishment from the public stage and the scientific community.

Former Treasury Secretary Larry Summers, who served two Democratic presidents, found himself ostracized by the left after he gave a short address exploring the reasons why women are underrepresented in tenured positions in science and engineering at elite universities and research institutions.

Summers ultimately concluded that the phenomenon may be due to a difference in aptitude at the highest levels of scientific work – but admitted his hypothesis was provocative and encouraged the audience to prove him wrong.

Instead of sparking a rigorous academic debate on the subject, Summers was dragged through the mud and labeled an unrepentant sexist. He later stepped down as president of Harvard University – a decision which many attribute to his “sexist” comments.

Although Summers provided economic guidance for the Obama White House, his remarks reportedly cost him the top job at the Treasury Department.