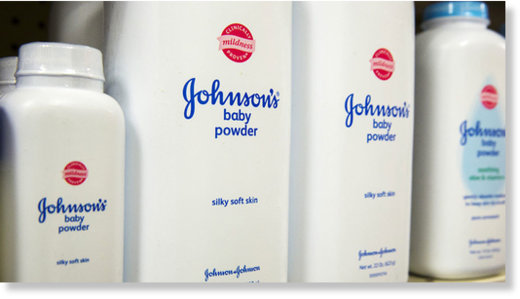 Johnson & Johnson won a jury trial Wednesday in New Jersey in a case where a man alleged that talc in its baby powder caused his cancer.

Ricardo Rimondi, 58, said he was exposed to asbestos from Johnson & Johnson’s baby powder and that had caused his mesothelioma cancer.

Company officials released the following statement after the verdict: “Today’s jury unanimously ruled that Johnson’s Baby Powder does not contain asbestos and was not the cause of the plaintiff’s disease. It’s important to emphasize the track record in these cases. This is the third verdict in favor of Johnson & Johnson in recent months, and of the last 9 mesothelioma cases, three ruled in favor of J&J, and five resulted in mistrials. It remains true that of all the talc-related verdicts against Johnson & Johnson that have been through the appeals process, every one has been overturned. This trial track records underscores the decades of clinical evidence and scientific studies by medical experts around the world support the safety of Johnson’s Baby Powder.”

After the verdict Rimondi’s lawyers said in a statement that they were “obviously disappointed by the outcome, particularly in light of the overwhelming scientific and documentary evidence supporting the claims of the Rimondi family that J & J’s talcum-based baby powder is laced with asbestos.”

But Johnson & Johnson hasn’t won all of its baby powder cases. Earlier this month, The New York Times reported that a California jury ordered the company to pay $29 million to a woman who claimed that the powder caused her cancer. The company said it would appeal that verdict.

And in July, the Times reported that Johnson & Johnson was ordered to pay $4.69 billion to 22 women and their families who had claimed that asbestos in the baby powder caused their ovarian cancer. The company said it would appeal that verdict.

On its website, the company explains its thoughts on why it thinks talc is safe.