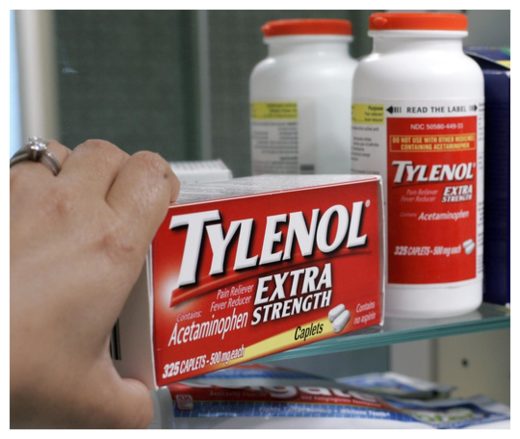 Every day, millions of people turn to acetaminophen, also known as paracetamol – the active ingredient in Tylenol – to dull the occasional ache or pain. That’s because few side effects accompany this highly effective over-the-counter drug when taken at recommended doses. A new side effect is starting to come to light, however. Research is now revealing that acetaminophen may subtly influence your emotions.

To relieve pain, acetaminophen works its magic in the brain, but researchers still aren’t entirely sure how this trick works – a remarkable fact considering the drug has been available without prescription for sixty years! It may impact an enzyme called cyclooxygenase, or it might modulate humans’ endocannabinoid system. Some experts say one or both of these ideas tells the whole story, while others insist we’ve barely scratched the surface. Regardless, whatever acetaminophen does in the brain also seems to alter how we perceive the world.

One of the earliest and most elucidating studies on the topic was published back in 2010. A team of scientists from a variety of academic institutions in the U.S. found that subjects who took acetaminophen were not as sensitive to emotional pain compared to people given a placebo.

“In two experiments, participants took acetaminophen or placebo daily for 3 weeks,” they described. “Doses of acetaminophen reduced reports of social pain on a daily basis.”

The team also found a “smoking gun” of sorts when conducting brain scans on the participants.

Five years later, a team from Ohio State recruited 167 subjects and exposed them to negative and positive images, asking the participants to evaluate the stimuli. Subjects given 1,000mg of acetaminophen described the imagery as less emotionally arousing and evaluated unpleasant stimuli less negatively and pleasant stimuli less positively, compared to subjects given a placebo.

“These findings suggest that acetaminophen has a general blunting effect on individuals’ evaluative and emotional processing,” they wrote.

Acetaminophen may also reduce one’s empathy for pain. In a double-blind, placebo-controlled study with over 200 participants, researchers at Ohio State University found that subjects given 1,000mg of acetaminophen expressed less empathy compared to those given a placebo when “reading scenarios about another’s physical or social pain, witnessing ostracism in the lab, or visualizing another study participant receiving painful noise blasts.”

How should we view these intriguing trials? Do the subtle, yet present effects of acetaminophen witnessed in the lab affect real-world decision making? Hard to say for sure, but the doses used in these studies are equivalent to just two extra strength Tylenols, so regular users of acetaminophen-based painkillers are undoubtedly being emotionally affected in some fashion. And if you think you can avoid having your emotions dulled by switching to ibuprofen, sorry, it probably has the same effects.

Of course, we could just shrug our shoulders and say “who cares?” In modern society where all sorts of stimuli exert unnoticed, mind-altering influences, what’s the problem with a bit of emotional blunting? But wait, maybe that’s the just the Tylenol talking…