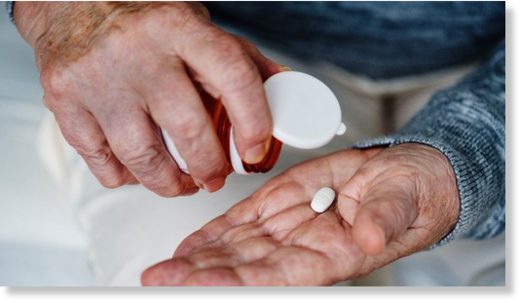 Scientists at the Mayo Clinic have seen ‘highly significant and dramatic’ results from anti-aging drugs trials on both mice and humans. The studies were so successful, in fact, the drugs may be on the market in the next two years.

In tests on mice, the researchers extended the animals’ lifespan by 36 percent or the equivalent of 30 human years while keeping their fur glossy and eyes bright.

Patients who typically never see any improvement in their condition, were able to move faster and further than before after just nine doses over the course of three months.

There are currently six human trials underway, with six more due to begin soon, and should they prove successful, the drug could hit the market in as little as two years, pending approval.

“And now that can actually be achieved in animals.”

The treatment employs anti-ageing drugs, which the Mayo clinic researchers have dubbed ‘senolytics,’ which are usually used to treat leukemia, in combination with the plant-supplement quercetin, which is found in green tea, red wine and apples.

The senolytics induce the self-destruct mechanism in so-called zombie cells, which have lost the ability to divide, and are replaced with healthy tissue.

Zombie cells, though alive, are dysfunctional cells that can clog up the body’s systems, leading to inflammation and the release of harmful chemicals in critical areas of the body, such as lesions in heart-attack patients, bones of those with osteoporosis and joints of people living with arthritis.

Such chronic age-related diseases tend to cluster, so the scientists are attempting to target the process which can trigger the onset of these types of diseases using a broad spectrum medication, similar to widely used broad spectrum antibiotics, to effectively switch it off.

“You tend to find older individuals who are completely healthy and are playing 18 rounds of golf a day, or they’ve got three, five or ten different conditions,” Dr Kirkland explained.