Political correctness strikes again: Many social workers are in denial about child psychopaths 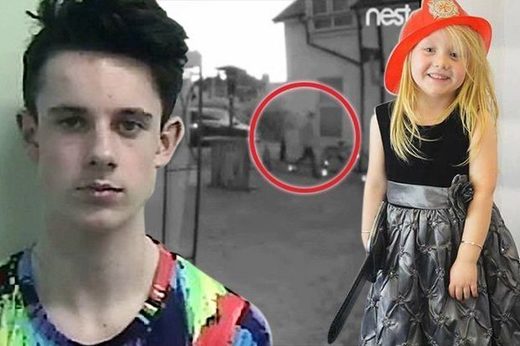 Political correctness strikes again: Many social workers are in denial about child psychopaths

Following the murder of six-year-old Alesha MacPhail by 16-year-old Aaron Campbell, psychologist Dr John J Marshall, who was involved in the case, writes that warm parenting can make a difference to children with psychopathic traits, but only at a young age, so it is vital to find those who display early warning signs. Psychopathic traits are a devastating developmental trajectory. As the rape and murder of Alesha McPhail has shown, the ruthless self-interest and callousness associated with psychopaths lead to staggering human costs. You don’t become a psychopath on your 16th birthday.

Psychopathic traits start in very early childhood, have predictable pathways and yet we do not assess children for this neurodevelopmental problem. As one of the psychologists involved in the Aaron Campbell case, having assessed psychopaths for 25 years in Scotland and carried out research on the topic, I feel determined that some good comes from this tragedy for Alesha’s family, in the form of raising awareness of the need for early prevention.

It would be tempting to think that the type of sadistic homicide carried out by Campbell is so rare that there is little we need to do about people with psychopathic traits. It is estimated that less than one to three per cent in the population will be diagnosed with these traits over their lifetime and even among offenders only around eight per cent are psychopathic. However, psychopaths are responsible for overwhelming misery, disproportionate amounts of crime, more varied offending and they are far more likely to be responsible for homicide. They may even be responsible for more than half of all persistent, violent crimes.

I assessed one psychopathic man in Scotland who was described by police as a “one-man crime wave” for his region before he was finally stopped. Other researchers also describe how people with psychopathic traits wreak havoc in relationships and organisations, bullying their staff and permeating work culture with manipulation and lying. Researchers are trying to focus on the causes of psychopathic traits and the early pathways children are launched on.

To my own professional cost, over years I’ve repeatedly raised the issue of this devastating public health problem, along with the need to screen children referred to child and adolescent mental health services (CAHMS) and social work, for example. The response to such proposals has been highly negative. I’ve been vilified about labelling children, lectured on issues of mental health stigma, told psychopathic traits don’t exist in children despite the scientific evidence, and even faced dealing with complaints from professionals about using the term ‘callous-unemotional traits’ – a precursor to psychopathy – for a child.

Such attacks are from professionals who fail to understand the trajectories and devastating life outcomes for society from this group. It’s not only the victims we should consider. Children who end up psychopathic do not choose their atypical-neuro-psychological functioning, they often end up hooked on poly-substance abuse, display suicidal behaviour and can have short lives, if immersed in a violent sub-culture.

Psychopathy is therefore a major public health issue, urgently requiring strategies for early identification and prevention. Two decades of scientific inquiry into developmental problems and causal mechanisms have been critical in growing our understanding of how a range of childhood psychological problems emerge, disproportionately focusing on the role of adverse childhood experiences (ACES) in Scotland. There is a culture in children’s services that almost everything we see has to be linked to some past trauma.

Childhood trauma is of course important, but it is not the only story of child development. Genetic causal factors leading to certain temperamental or neurodevelopmental problems are rarely acknowledged. Mention of genetic predispositions can be detrimental to careers. I know of senior colleagues who have raised the issues of genetic or neurodevelopmental causal ideas to the cost of their careers, leading to them being side-lined to those following the ‘gods’ of ACES and trauma, as their panacea for all of society’s ills.

Aaron Campbell’s case shows how childhood trauma was not a major causal driver. In fact, typical of most children who end up with psychopathic traits of callousness, lack of empathy and unemotionality are seen from a very early age.

It’s intuitively appealing to hook such extreme murderous sadism onto some critical trauma but the research evidence is stacking up on the side of genetic predispositions to fearlessness, failure to learn from consequences and then emerging callous-unemotional traits. However, despite a considerable volume of research and popular literature on the topic of psychopathy, causal mechanisms have been less extensively studied.

The scientific study of psychopathic traits in childhood is a rapidly developing area which is years ahead of the everyday practice of child services. The downward extension of the adult concept of psychopathy to early childhood has mainly focused on one component of psychopathy – callous-unemotional traits, perhaps only representing one-third of psychopathy. The other two domains are grandiose-manipulative and behavioural factors such as pervasive impulsivity.

To complicate matters, psychopathy traits are transdiagnostic, overlapping with other neurodevelopmental disorders such as ADHD. Precursors to childhood psychopathic traits can be observed as early as two to four years of age – a finding that riles many professionals into refusing to consider such possibilities. We like to think of children as blank slates, ready to be written on by parenting but in this case the software comes preloaded. Researchers have shown that having these traits in childhood predicts violent offending later in life. There are facts and ugly facts and social workers, clinicians and practitioners – particularly those of a more authoritarian left-wing bent in my experience – refuse to have any discussions about genetic dispositions. Yet, there is a strong emerging body of research showing that there are strong heritable components to psychopathic traits. This is not the whole story as adults with high levels of psychopathy traits are more likely to report interpersonal trauma before the age of ten but this does not mean trauma has caused their problems, for example parents can become more punitive and harsher because their child has psychopathic traits.

A recent co-twin control study demonstrates paradoxically that child maltreatment was not associated with an increased load for neuro-developmental disorders (NDDs). This is counterintuitive for many professionals who seem to insist children are positive until sullied by bad parenting. The research showed that co-occurrence of child maltreatment with NDDs seems to a large extent to be accounted for by a shared genetic liability, increasing both the risk of being maltreated and having more co-occurring NDDs. More carefully constructed adoption studies have clearly showed genetic factors in psychopathy, but the good news was that warm, consistent parents who build attachments could reduce callous-unemotional traits, but not eliminate them, and only for very young children.

A small but growing evidence base is beginning to suggest that warm and rewarding parenting might act to some degree as a buffer to genetic or environmental risk for psychopathic traits. Even if it is generally accepted that there is a moderate-to-strong heritability of childhood psychopathy, interventions focusing on environmental factors such as parenting may be useful in reducing the propensity for psychopathy.

What is critical for clinicians to understand is that, where there is genetic risk conferred for psychopathy, this does not mean there will be an inevitable negative outcome, but the evidence suggests some malleability of the underlying genetic disposition for young children. The problem is no-one is assessing for these traits.

At the age of 16, such traits are already entrenched and chronic, so it is time for policy to catch up with research, given the enormous social costs of psychopathy. It is time to focus on early identification and specialist, tailored interventions with the promotion of warm parenting and development of eye contact, which might reduce callousness, improve parent-child attachments, emotional recognition and empathy. Politically correct fears of labelling, stigma and rejection of genetic disposition science are getting in the way of truly tackling this serious problem. We have to deal with psychopathy trajectories in childhood head-on now to divert budding psychopaths and make sure what happened to poor Alesha never happens again.