On the eve of the great psychedelic debate 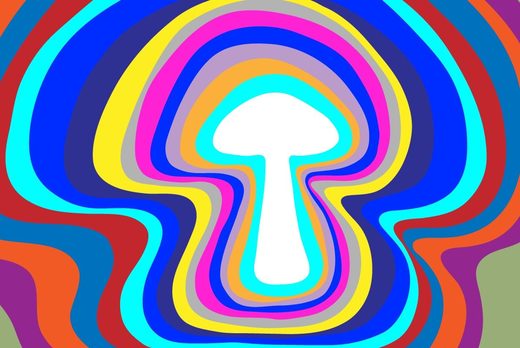 On the eve of the great psychedelic debate

Okay, but what about the panic attacks and accidents that can happen when someone has a bad trip? After all, bad trips can be so terrifying that people run down highways naked and end up in hospital. Scandalously, the scientist Frank Olson was unknowingly dosed with LSD in a gifted bottle of Cointreau during a CIA experiment in 1953 and became deeply despondent in the days afterwards, allegedly throwing himself out of a tenth story New York window. In 2015, the musician Nick Cave’s son Arthur Cave fell to his death off a cliff while hallucinating on LSD. It should go without saying that dosing people without their knowledge or wandering around cliff edges while tripping is not advisable. But despite alcohol-fuelled plunges from balconies and windows occurring every day, researchers have actually struggled to find more than a few concrete historical cases in which psychedelics consumed alone, without alcohol and other drugs, are the cause of incidents of this nature. Even in the widely reported case of Arthur Cave, no LSD was actually found in his body, although the coroner classed the death as LSD-related due to the testimony of one of his friends claiming Arthur had tried to buy LSD over the Internet (whether it was LSD that he received nobody knows).

Most people won’t have a bad trip on psychedelics, but even among those who do it can’t always be said to be truly bad. One study recruited 2000 people who had specifically suffered a bad trip while using magic mushrooms to find out what sort of longer-term effect the bad trip can produce. Three people out of the 2000 had suffered psychotic symptoms, and three people had attempted suicide, with two percent of respondents reporting that the bad trip had produced a very negative effect on their lives. 84 percent of the bad trip sufferers reported that the experience had improved their wellbeing. “The incidence of risky behavior or enduring psychological distress is extremely low,” concluded the study, with its head researcher Roland Griffiths theorizing, “Resolution of a difficult experience, sometimes described as catharsis, often results in positive personal meaning or spiritual significance.” Put simply, most bad trips end up being good, though in an extremely low number of cases some bad trips can be detrimental.

Psychedelics In an Unfair World

In Australia, the Pennington Institute’s Annual Overdose Report for 2018 doesn’t even mention the words LSD, mushroom, or psychedelic in its 53 pages, not even to inform us that no psychedelic related deaths occurred in Australia in 2018. During a 2006 dialogue between the Science and Technology Select Committee of the British House of Commons and the British government’s Advisory Council on the Misuse of Drugs (ACMD), it was found that only one person had ever died in the history of government records of a death attributed to magic mushrooms, a finding that astonished the committee given that they are a Class A drug in Britain with a “high abuse potential” alongside crack and heroin. Michael Rawlins, Chairman of the ACMD said, “I have no idea what was going through the minds of the group who put it in Class A in 1970 and 1971.”7 Still, no change in the law took place to reclassify mushrooms. In 2008, the government of the Netherlands commissioned its own scientists at its Coordination Point Assessment and Monitoring New Drugs unit (CAM) to conduct an investigation into the harms of psilocybic mushrooms. Up until this point, mushrooms were legal in the Netherlands, which through its findings CAM insisted on maintaining:

It is concluded, that the use of magic mushrooms rarely (if ever) leads to physical or psychological dependence, that acute and chronic adverse effects are relatively infrequent and generally mild, that public health and public order effects are very limited and that criminality related to the use, production and trafficking of magic mushrooms is almost non-existent […] the overall risk potential of magic mushrooms use was judged to be very low and the CAM advised the Minister of Health to maintain the legal status of magic mushrooms.8

The Minister of Health responded to the report by doing the opposite, prohibiting magic mushrooms in 2008. The prohibition on psychedelics is microcosmic of the larger war on drugs: moral exhibitionism on the part of the politician caught in a competition to be holier than their rivals. It is not an exercise in protecting freedom nor an attempt to promote human welfare. With this invasion of liberty we are now 40 years behind where we otherwise could have been in treating depression, anxiety, and perhaps a whole range of other medical and even social-spiritual malaise.

In this article, I have focused on empirically verifiable benefits of psychedelics and haven’t even explored the emerging phenomenon of micro-dosing, consuming psychedelic substances in minute amounts below the threshold of the psychoactive experience in order to relieve stress and find focus and imagination, nor did I describe other beneficial possibilities that we are yet to fully test or grasp. F.A. Hayek stated in The Constitution of Liberty, “In each particular instance it will be possible to promise concrete and tangible advantages as the result of a curtailment of freedom, while the benefits sacrificed will in their nature always be unknown and uncertain.” In the psychedelic drug debate to come, remember that promises of harm prevention via prohibitions must be balanced against the good these substances can entail, known and unknown.

Matthew Blackwell is an Australian writer and graduate of the University of Queensland where he studied economics and anthropology. Follow him on Twitter @MBlackwell27

2 Thomas Kingsley Brown, & Kenneth Alper. (2017). Treatment of opioid use disorder with ibogaine: detoxification and drug use outcomes. The American Journal of Drug and Alcohol Abuse, 44(1): 24-36.