Book review: ‘Idea of the World’ seeks to bring truth and meaning to our lives 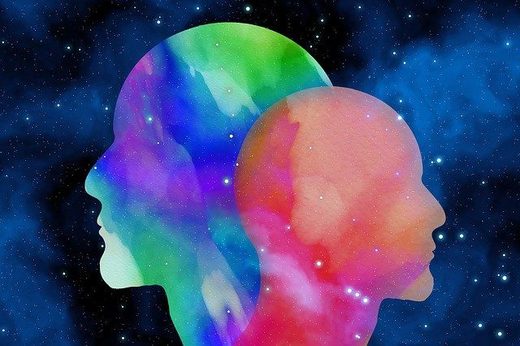 Book review: ‘Idea of the World’ seeks to bring truth and meaning to our lives

In my view, the philosopher-scientist Bernardo Kastrup is one of the most important thinkers of the moment on the crucial subject of the nature of consciousness – crucial because the way we understand consciousness and reality shapes our outlook on the world, and on life and existence generally.

As Kastrup says, most theories of reality that contradict mainstream physicalism are dismissed as not rigorous or plausible enough. Of these, nearly all theories that claim consciousness to be the fundamental substrate of existence ‘are pooh-poohed as flaky New Age nonsense’.

So, with analytical and critical flair and rigour, on his mission to save us from the morass of ontological misinformation, he has produced an inspiring masterwork to counter such prejudices. His book comprises 13 academic papers he has published in leading journals in recent years, together with linking arguments; plus he has a second PhD thesis available that serves as companion text. In this, he meets his detractors head-on, cutting their philosophical legs from under them.

The upshot is, to my mind, that Kastrup makes redundant, in particular, the familiar controversy over subjective idealism in that it is said to rest on the representative theory of perception, which itself has been contentious in philosophical circles: this argues that the stimulation of our sense organs produces not only sensations but, in addition, something which performs the role of representing whatever is causing the stimulation, so that it’s this, it’s claimed, that we’re directly aware of, and not the object itself.

The first of the five sections that comprise The Idea of the World clears the ground of such ‘artifacts of thought … that plague the contemporary philosophical outlook regarding the nature of reality’, the prevailing physicalist ontology and its popular alternatives, including ‘bottom-up’ panpsychism: unexamined assumptions, abstractions, logical fallacies and internal contradictions.

The second section of the book sets out to establish the need for a new approach to ontology by way of an idealist hypothesis, according to which self and the world are manifestations of spatially unbound universal consciousness, or mind. A persuasive formulation of idealism is advanced that fluently affords the harmonisation of the classical and quantum scientific realms.

In the third section, Kastrup reviews and convincingly refutes the objections most commonly made against idealism. In part four, he explores the neuroscientific evidence that corroborates the idealist stance; in part five, and by no means least importantly, he discusses the psychological motivations behind our culture’s adherence to the physicalist metaphysics and the implications of idealism for our personal relationships with the world and the meaning of our lives.

Not least, of course, is the question of what happens to the individual’s consciousness after death. If idealism is correct, instead of vanishing at the point of bodily death, consciousness actually expands into the universal consciousness, ‘whatever new phenomenality this expansion may entail’. This prediction about the continuity of consciousness, Kastrup says, finds significant confirmation in reports of near-death experiences and psychedelic trances, ‘both of which can be construed as glimpses into the early stages of the death process’. One hardly needs to emphasise how this would alter dramatically people’s approach to life and to living if widely accepted.

The falsity of the conviction that the world we see around us exists autonomously has failed to percolate through to the wider scientific and philosophical communities, let alone society at large, despite the conviction being undermined by quantum science, both experimentally and theoretically.

This, Kastrup maintains, when idealism is not just a better alternative for an explanation of the world, but really the only viable explanation. For many years now, quantum physics has been pointing inexorably towards the primacy of mind in nature; it is the idea that rings true. As Kastrup states, matter is thus the outer appearance of inner experience.

But why then has physicalism been our mainstream cultural narrative for well over a century now, dominating, as it has, not only scientific and societal endeavour but that of the arts, too, casting a ‘formidable spell’ which has produced a primarily materialist ethos: ‘We have been culturally indoctrinated for centuries to see the world as something outside and independent of mind, so that’s what we see when we look around.’

The physicalist narrative is portrayed as objective and dispassionate but actually is neither. In one of his key conclusions, Kastrup says shrewdly that this might be driven partly by ‘the neurotic endeavour to project on to the world attributes that help us avoid confronting unacknowledged aspects of our own inner lives’. It also allows the intellectual elites who develop and promote it to maintain a sense of meaning for themselves through ‘fluid compensation’, a strategy which eludes most of society, creating an acrimonious schism between atheism and religious belief.

A solid intellectual argument is now needed to bring about healthy changes in our culture’s understanding of reality, changes which, he believes, must begin in academia – in the humanities as well as science, I would argue – despite its ‘often-calcified stances’. Such change is urgently needed, he says, to bring not only truth but meaning to our lives.

As he shows, his idealist ontology explains reality in a more parsimonious and empirically rigorous manner than mainstream physicalism, falling prey neither to the ‘hard problem’ of consciousness (how it can possibly arise from inert matter) or the ‘subject combination problem’ (how microscopic entities can combine to create consciousness at the macrocosmic level). In summary, there is only universal consciousness; the universal mind is subjective, not objective.

Many readers of Kastrup surely have been hankering after presentation of a solid case for idealism, with consciousness regarded as the ground of being, so as to be able to convince others in their circle, but also to find confirmation for themselves that their intuition is justified: that a believable and verifiable alternative to the all-pervasive reductive-materialist paradigm must exist. The Idea of the World makes that case, exhaustively and pragmatically.

As a footnote, although Kastrup does not deal with it directly in The Idea of the World, I must report that he has applied a critique of digital consciousness theory, which I find of interest because of its post-materialist position. This theory (consciousness as universal, not derived from the brain) suggests that, at the deepest microscopic level we can measure, matter appears to be simply information, or data, composed of ‘bits’, units of information expressed as either a 0 or 1 in binary notation. Things are not truly physical, but rather ‘virtual data representations’.

However, as Kastrup has argued elsewhere (Scientific American, March 25, 2019), ‘our intuitive understanding of the concept of information is that it is merely a measure of the number of possible states of an independently existing system‘.

As such, information is a property of an underlying substrate associated with the substrate’s possible configurations, not an entity unto itself: ‘To say that information exists in and of itself is akin to speaking of spin without the top, of ripples without water, of a dance without the dancer, or of the Cheshire Cat’s grin without the cat … The world measured, modeled and ultimately predicted by physics is the world of perceptions, a category of mentation. The phantasms and abstractions reside merely in our descriptions of the behavior of that world, not in the world itself.’

But none of this implies solipsism. The mental universe exists in mind but not in the personal mind alone: ‘Instead, it is a transpersonal field of mentation that presents itself to us as physicality – with its concreteness, solidity and definiteness – once our personal mental processes interact with it through observation. This mental universe is what physics is leading us to, not the hand-waving word-games of information realism.’

As I’ve written elsewhere, the issues and questions Kastrup raises are all of major significance for the world today and deserve wide, serious and continuous discussion. Coming to terms with them, and acting on them, will present a huge existential challenge for the human race, but one that presents a great opportunity to realign our existence for the better through the recognition that the materialist conception of consciousness and reality is false and can be recast. The Idea of the World empowers us to reach out and grasp that opportunity.