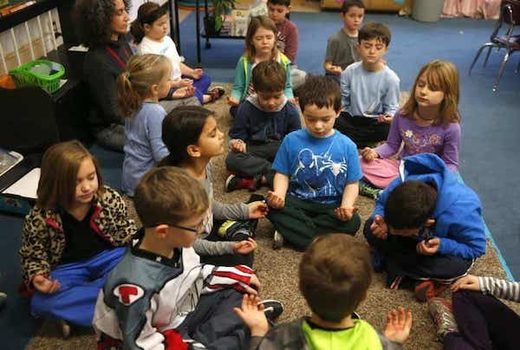 Apart from the increasing number of young children that are showing signs of early onset depression and anxiety, NHS reports have also shown that 1 in 8 British children have mental disorders. Despite these facts, only 1 out of 5 children with mental issues are able to get access to treatment.

England isn’t the only country that has added mindfulness as a subject among schools. In 2016, a school in Baltimore decided to replace detention for an area where the children could go to an practice some breathing and stretching exercises instead. This is a way to keep the students calmer in order to increase their focus within the classroom.

A student that was sent to the ‘mindful moment room’ for pushing and name-calling a fellow classmate describes it to CNN as: “I did some deep breathing, had a little snack, and I got myself together. Then I apologized to my class.”

The school believes this is an improved manner the problem, rather than punishing and embarrassing the child in front of their peers, which was probably the cause of the problem from the very beginning.

Teaching children how to deal with emotions will most likely be very foreign and uncomfortable, but it will reap the benefits in the end. The goal is to have the children master the habit of clearing their mind from stress and anxiety, and being present and more focused in class.