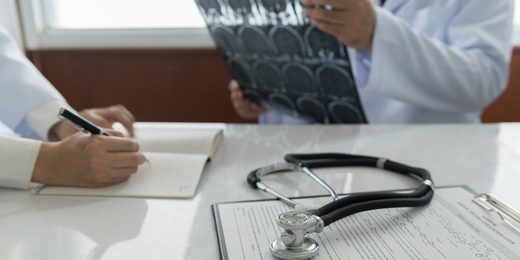 Researchers found that nearly 1 in 5 people who had received a diagnosis of multiple sclerosis had other unrelated conditions.

Multiple sclerosis (MS) is a widespread disabling neurological condition in which the immune system attacks and destroys the fatty tissue that surrounds the nerves. This leads to nerve damage, which affects communication between the nerves and the brain.

People with MS may experience symptoms, including numbness or weakness in the limbs, tremors, and lack of coordination. However, some of the symptoms have similarities to other debilitating conditions, including stroke and migraine.

MS and stroke are very different conditions, but they both harm the brain. Some of the symptoms they share include attention issues, dizziness, numbness in the limbs, slurring, visual impairment, and difficulty in walking.

MS and migraine attacks also have some symptoms in common, including dizziness and vision impairment. A recent study pooled data on people who had received a wrong diagnosis of MS and found that 72 of the 110 patients had other conditions, including migraine.

A team of researchers from the University of California Los Angeles (UCLA) and the University of Vermont in Burlington analyzed the cases of 241 people who had received an MS diagnosis. Other doctors had previously referred these people to two academic medical centers in Los Angeles.

The study aimed at determining how many people received a misdiagnosis of MS, and identifying common characteristics in misdiagnosed patients.

The researchers found that of the people misdiagnosed with MS, many received MS treatment for 4 years before receiving the right diagnosis.

The researchers identified that the condition most often correctly diagnosed was migraine, followed by radiologically isolated syndrome – a condition in which the results of MRI scans determined that the people had MS, despite them not experiencing any other symptoms linked to MS.

Risks and costs of incorrect diagnoses

The researchers concluded that the estimated costs of unnecessary treatments that they identified in just this study reached almost $10 million.

“I’ve seen patients suffering side effects from the medication they were taking for a disease they didn’t have. Meanwhile, they weren’t getting treatment for what they did have. The cost to the patient is huge – medically, psychologically, financially,” Dr. Kaisey adds.

May’s issue of Multiple Sclerosis and Related Disorders will publish the study, and the investigators hope that these findings, along with recently funded research, will help to prevent MS misdiagnoses in the future and help improve diagnosis and treatments for people with the disease.

“The first step, which is what we’ve done here, is to identify the problem, so now we’re working on potential solutions.”