New study offers peek inside the brain during psychedelic hallucinations 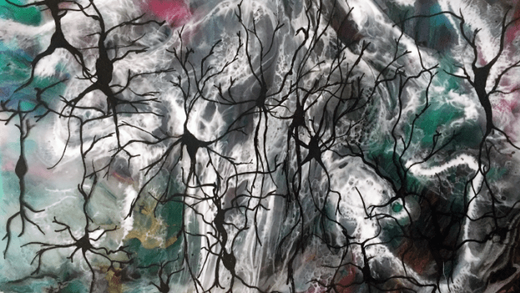 New study offers peek inside the brain during psychedelic hallucinations

A new study by University of Oregon researchers offers clues to what happens in the brain when mice are given an LSD-like drug experience.

The research, done in the lab of Cris Niell, a professor in the Department of Biology and researcher in the Institute of Neuroscience, was part of a larger, ongoing effort to explore, at a basic scientific level, the mystery of vision and how people perceive the world around them. Instead of flooding the brain with stimuli, the drug appeared to reduce neuron activity, suggesting that hallucinations stem from too little stimulation rather than too much.

In the National Institutes of Health-funded study, Niell’s team focused on the effects of the hallucinogen because it acts on a specific receptor, serotonin-2A, that is tied to altered perceptions in both psychedelic drug use and in schizophrenia.

“Our results do not yet provide a complete explanation of hallucinations,” Niell said. “This is an early explanation of what is going on with individual neurons in one particular brain region.”

Hallucinations are thought to result from a mismatch between what people actually see and how their brains interpret it.

The idea for the study was to perturb visual processing in mice, which have both visual and serotonin systems similar to humans. Although mice can’t describe what they see, Niell’s team was able to focus on physical changes tied to neuron firing before and after drug exposure.

The mice were given 2.5-dimethoxy-4-iodoamphetamine, a chemical variant of mescaline with hallucinogenic effects similar to LSD and psilocybin that is commonly used in animal studies. Such drugs target serotonin-2A receptors and trigger changes in neural responses.

To capture neuronal responses in the live mice, co-author Philip Parker, a postdoctoral researcher, used a high-tech imaging technique to broadly observe changes in brainwide activity, while co-author Angie Michaiel, a doctoral student, used a different kind of imaging to zoom in on the electrical activity of individual neurons in the visual cortex.

Instead of the drug igniting an explosion of activity, researchers saw a 30 percent reduction in neurons lighting up in the visual pathway of the mice in response to a visual pattern presented to them on a computer monitor, compared to before the drug was delivered. Interestingly, the team reported, the mice that had previously learned to recognize the patterns showed an even larger decrease.

“We present the same visual stimulus before and after giving the drug, and the activity in the brain is slightly reduced,” Niell said.

It may be, Niell said, that the mixed-up perception during hallucinations is the result of less sensory input coming into the brain, similar to rapid-eye-movement sleep in which dreams occur in the absence of sensory input. Cognition-related areas of the brain, he said, may be trying to make sense of what is missing.

In addition to understanding visual perception and hallucinations, determining brainwide effects of serotonin-2A drugs could help inform recent developments in psychedelic-based treatments for depression and post-traumatic stress disorder, the researchers noted in their study, which published online March 26 in the journal Cell Reports.

Identifying the neural actions could help determine the mechanism of potential therapeutic effects and lead to more targeted treatments, the researchers said.

“Our research may help to move along work in several areas,” Niell said. “We are not focused on studying schizophrenia or depression directly, but by understanding the basic science in the context of visual processing, we can contribute a foundation for others to build on.”