The illusion of food ‘choice’ 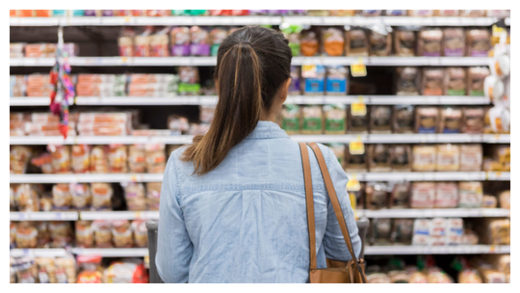 The illusion of food ‘choice’

As awareness of the negative health impact of processed foods grows, food and beverage companies look for new places and ways to sell their products. Sometimes corporations even collaborate in projects to address hunger and malnutrition while simultaneously contributing to the transformation of food systems that produce these conditions. Mexico’s National Crusade Against Hunger, for instance-a development project focused on eliminating hunger and food insecurity-has multinational food corporations at the helm. Author and activist Andrew Fisher calls these companies and their “unholy alliance” with food aid “big hunger,” comparing their perverse economic motivations to those of the “big pharma” multinational drug companies. Corporate interests are privileged in economic and social policies, including government-sponsored and private food assistance, and also trade deals.

Trade deals like NAFTA (now the United States-Mexico-Canada Agreement [USMCA]) lower the costs and risks that massive food distribution networks face, leaving small-scale farmers without the capacity to get their goods to market or to compete in global markets. Basic staples have less of a profit margin than industrialized food products. The result is that for people like María’s mother, as her diabetes advanced, she had easier access to processed and packaged foods that are less nutritious than to her hometown’s locally grown produce. Because of these transformations in the food system, most local farmers either migrated to the United States after NAFTA was initiated or shifted to other kinds of work, since new economic arrangements mostly favored large corporate interests and led to new inequalities. State-subsidized distribution systems for farm produce were eliminated.

Economic agreements, such as the USMCA, eradicate the subsidies, price supports, and distribution channels that once helped buffer market forces so that food producers and consumers could find each other at a price that was worthwhile for both. So, while the U.S. famously retains its massive subsidies for commodity grains like corn, producing a surplus that mainly gets used for junk-from corn starches to artificial animal feeds, snack foods, and ethanol-farmers who grow corn or vegetables on a small scale can’t compete.

Migrants are often on the move precisely because of the resulting global economic arrangements: loss of access to land, changing economic opportunities, and a need to relocate to find the means to survival. They are more exposed, perhaps, than anyone else to globalized food systems; they are more likely than others to be employed by, and dependent on, these systems for their food needs. But while the borders are open to food exports and imports, they are often officially closed to these people.

Many immigrants to the U.S. that we have interviewed marvel that fruit and vegetables are pricier than meat, soda, or snack foods. By contrast, in places with robust agricultural economies and few international trade deals, naturally grown food is the cheaper staple. Since immigrants are more likely to work in low-paying sectors, they skimp on fresh foods and look for items that offer the biggest bang for their buck, such as processed foods high in carbohydrates, sugar, and sodium that deliver the most calories for the lowest price. Carney has found that food insecurity is one of the most common motivations for migration from Latin America, but migration does not resolve it, as even migrants living and working in and near the most affluent U.S. communities often remain food insecure. This is especially so among those employed in agriculture, food production, and food preparation.

These stressors, along with navigating increasingly hostile attitudes toward immigrants and the rising threat of detention and deportation, wreak havoc on the body. “Weathering“-the way the body responds to cumulative disadvantage and discrimination-takes a toll, affecting endocrinological, metabolic, and immune systems, and accelerating the onset and progression of disease.

If we are concerned about global health, and in particular the health of migrants coming to the U.S., we need to stop blaming people for eating poorly and recognize the broader forces that shape people’s food choices and health. We need to correct the mismatch: advocating for immigration reform so that a changed economic landscape does not tear families apart, creating policies that regulate junk food and support traditional foods, and limiting the capacity of corporations to distribute harmful products around the globe.