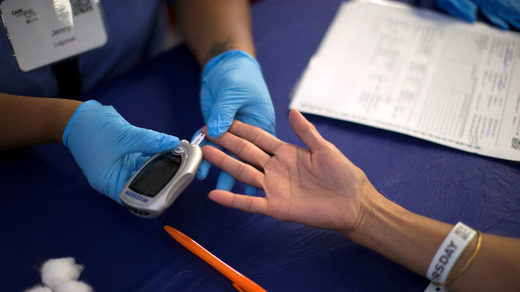 Some newer diabetes drugs have been linked to a nightmarish “flesh-eating” genital disease that can spread rapidly and kill skin tissue as it grows, according to a new study by US Food and Drug Administration scientists.

The rare infection concerns people taking a newer class of diabetes medications known as SGLT2 inhibitors, according to FDA scientists who recently published their findings on the issue.

The drugs were introduced to the market in March 2013 and, as of January 2019, have been linked to 55 people with Fournier gangrene, all of whom required hospitalization and three of whom died from the disease. In comparison, researchers found only 19 cases of the disease in patients taking other diabetes medications from 1984 to 2019.

As disturbing as the possible side effects may be, diabetes experts are keen to stress that the infections affect a very small percentage of diabetics. “The benefits of these medications outweigh the risks,” Dr Joel Zonszein, director of the clinical diabetes center at Montefiore Medical Center in New York City, told Medical Xpress.

Meanwhile, one of the manufacturers of SGLT2 inhibitors, Boehringer Ingelheim, said it remains “confident in the positive benefit-risk profile” of their medication.

Patients taking SGLT2 inhibitors are advised by the FDA to immediately seek medical attention if they experience tenderness, redness, or swelling of the genital region.