Toddler fed a vegan diet was so malnourished she had no teeth; parents face prison 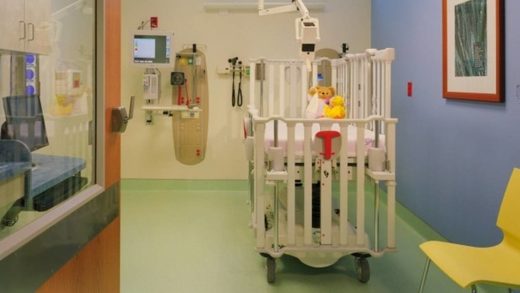 Toddler fed a vegan diet was so malnourished she had no teeth; parents face prison

A baby girl fed a vegan diet by her parents in Australia was so malnourished by the time she was 19 months old she didn’t have any teeth and looked like she was just three months old, a Sydney court has heard.

The toddler’s parents – who can’t be named for legal reasons – have pleaded guilty to failing to provide for her causing danger of serious injury.

Court documents reveal she was fed oats, potatoes, rice, tofu, bread, peanut butter and rice milk. A mouthful of fruit or two sultanas were her snacks.

The eastern suburbs couple, who hadn’t vaccinated the toddler, faced a sentence hearing at Downing Centre District Court on Thursday.

The girl, who was taken to hospital after she suffered a seizure in March 2018, was fed the strict plant-based diet which left her malnourished and suffering a preventable bone disease.

The toddler’s height and weight of 4.89 kilograms were markedly low for her age when she was hospitalised. She hadn’t seen a doctor since the days after her birth.

The girl’s former foster carer said when she first met the little girl she couldn’t sit up, roll over or hold her own bottle despite being almost two.

The toddler was lying on a hospital bed “with tubes covering her tiny body”.

“I remember thinking how terrifying this must be [for her],” the carer said in a statement read out in court.

The toddler continues to stand out as different, she said.

“When she meets new people socially they always ask her age and are shocked how small she is.”

The preschooler, now almost three, is currently technically obese because her height – that of a one-year-old – is so disproportionate to her weight.

“It’s like her body is storing calories in case she needs them in the future,” the carer said.

After leaving hospital, the girl had to attend an appointment every day with a medical professional. She also needed to have her blood tested at least once a month.

“As she gets older she is becoming more distressed by [the blood tests],” the carer said. “She now begins to scream.”

The court on Thursday heard evidence from psychiatrists who disagreed on whether the mother was suffering postnatal depression at the time of the neglect.

The father’s defence barrister, Frank Coyne, said his client was busy with work and thought the toddler was healthy. His partner was the primary caregiver, he said.

“She decided the diet of the household … he is not and was not a vegetarian or a vegan,” Coyne said.

But prosecutors slammed that submission, pointing out the father had lied to medical staff about the baby’s development when she was taken to hospital.

Judge Sarah Huggett also hit back at the suggestion the toddler appeared to be in good health. “She wasn’t walking or talking,” the judge said.

“There was a significant period of time where he did nothing … he didn’t himself take the child to a doctor.”

Each parent is facing a maximum of five years in prison.