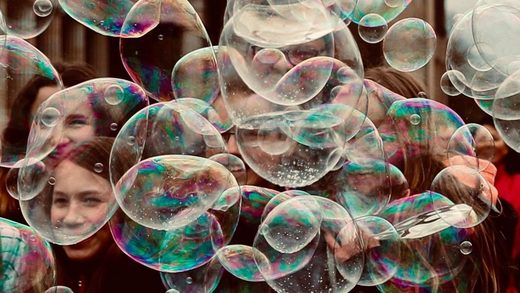 Young and old alike can rejoice in a new finding by researchers at Ohio State University and the University of Chicago. There is hope for us all when it comes to creativity, they say.

“Many people believe that creativity is exclusively associated with youth, but it really depends on what kind of creativity you’re talking about,” explains Bruce Weinberg, lead author of the study and professor of economics at Ohio State University, in a statement.

According to the study, published in the journal De Economist on April 26, there are two types of creativity that can blossom at different points in a person’s life. Conceptual innovators tend to do their best work in their mid-twenties, while experimental innovators peak in their fifties, the researchers contend.

To reach this conclusion, Weinberg and his co-author David Galenson, professor of economics at the University of Chicago, focused on the 31 most notable Nobel Prize laureates in economics, classifying them as either conceptual or experimental thinkers. The two academics have previously worked on research together that examines the creative life cycles of artists, so they already had experience using this lens to examine their subjects.

They explain in the paper that they already knew, based on analyses of modern painters, poets, novelists, and natural scientists, that there are “two polar types of innovators.” There are conceptual thinkers, who seek to communicate specific ideas or emotions and have precise goals for their works, planning them carefully in advance, and executing them systematically. Pablo Picasso, TS Eliot, Herman Melville, and Albert Einstein all did their greatest work in youth. Experimental innovators, on the other hand, are ambitious but vague, so they take much longer to develop. The paper cites Paul Cézanne, Robert Frost, Virginia Woolf, and Charles Darwin all as late bloomers.

Applying the distinctions between conceptual and experimental innovations, the researchers found that the Nobel laureates who did their most groundbreaking work early in their careers were also “conceptual” innovators who challenge conventional wisdom and come up with new ideas suddenly, just like with the artists and writers. They peak early. However, “experimental” innovators have longer periods of experimentation and learn from errors, and these thinkers tend to do their best work later in life. “Whether you hit your creative peak early or late in your career depends on whether you have a conceptual or experimental approach,” Weinberg said.

Prior studies by other social scientists have compared creative life cycles across various domains in academia and have found peak creativity averages between the ages of 30 and 40. Weinberg and Galenson note, however, that they chose to only focus on 31 of the most notable Nobel laureates in a single field, economics, in order to eliminate distortions in data caused by variations in the demands or conditions of any particular field. It turned out that the economists had much in common with artists, writers, and scientists whose creative lives Weinberg and Galenson analyzed in previous research.

After classifying the laureates’ thinking, the researchers determined the age at which each made their most important contribution to economics and could be considered at the creative peak. They determined peak creativity by the point at which the subjects’ scientific papers had the most citations and were thus most influential. Their analysis showed that conceptual laureates peaked between 25 and 29 years old and experimental laureates did best when they were about twice as old, in their mid-fifties. The study states:

Many scholars believe that creativity is the particular domain of the young. One prominent economist, former President Lawrence Summers of Harvard University, vetoed offers of tenured professorships to two 54-year-old scholars out of concern for what the university’s Dean of the Faculty called the problem of “extinct volcanoes.” In support of Summers, a 35-year-old professor of earth sciences explained that “It’s more exciting to be around a place where things are going on now-not a place where people have done important things in the past.”

Their findings suggest that this kind of biased thinking leads to bad decisions. It ignores the fact that there are different types of innovators and that different problems demand different kinds of contributions and solutions. They hope their work will chip away at the world’s favoritism for precocious geniuses and its disdain of the creativity that comes with age. Weinberg said, “We believe what we found in this study isn’t limited to economics, but could apply to creativity more generally.”

That means your best days may lay just ahead.