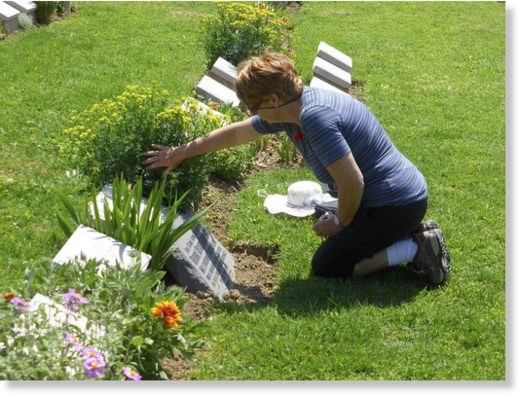 What happens when we ‘die?’ We can’t quite answer that question, but we can perhaps say that something indeed does happen. The evidence for reincarnation, for example, is quite unbelievable. There have been a number of cases of children who clearly remember their past lives, describing in detail their previous family members as well as how they died and other factors that have been confirmed by their supposed past families. This is precisely why Carl Sagan said that reincarnation is worthy of “serious scientific study.” Other near death studies have suggested that consciousness does not depend on our biology, as those who are close to death or pronounced dead and then come back to life have told tales and described details about their surroundings at the time that would have been impossible had they not been ‘outside’ of their bodies. This information was presented to the United Nations, and you can read more about that here and watch the full video presentation.

There could be multiple things that happen when one passes away. Perhaps their soul can go multiple routes, as if it has a choice? Perhaps consciousness is something separate from the soul? Perhaps bits and pieces of our consciousness stick around while our soul goes off to a new experience? Who knows, but again, the evidence suggesting something does indeed happen is pretty interesting to say the least.

A study conducted a couple of years ago added to the mystery, as researchers from the University of Milan found that there is a “very high prevalence” of people who have experience with receiving messages from their deceased loves one, like seeing or hearing them. The study, however, labels these as “post-bereavement hallucinatory experiences,” and the researchers don’t seem to be open to the idea that these experiences could actually be real.

Through their work, they believe that 30 to 60 percent of people experience this type of thing, or at least widowed subjects.

They published their findings in the Journal of Affective Disorders.

Jacqueline Hayes, an academic at the University of Roehampton, has studied the phenomenon for a long time. She’s been interviewing people from across the UK who have lost spouses, parents, children, siblings and friends. She told the Daily Mail:

“People report visions, voices, tactile sensations, smells, and something that we call a sense of presence that is not necessarily related to any of the five senses. I found that these experiences could at times be healing and transformative, for example hearing your loved one apologise to you for something that happened – and at other times foreground the loss and grief in a painful way.”

The report follows research from the University of Southampton, which suggested there might be such thing as life after death. That study, published in 2014, found evidence that awareness can continue for at least several minutes after clinical death, which was previously thought impossible.

Russel Targ, a renowned physicist and co-founder of the US government/Stanford remote viewing STARGATE project also shared an interesting experience he had with his deceased daughter. During a formal meeting with other people that he was not involved in, his daughter asked one of those people to give a message to her father, Russel. This is one experience he had that convinced him that consciousness does indeed survive after death. He expressed this in an interview with UFO researcher Richard Dolan. You can watch that here in its entirety.

The scientific investigation of mediumship actually started approximately 150 years ago. Members of the British and American Societies for Psychical Research studied it heavily, which involved many prominent physiologists, psychologists and scientists.

Over the past few years, scientific research on mediumship has gained more popularity too. This could be due to the fact that recent research has confirmed that mediumship is not associated with conventional dissociated experiences, psychosis, dysfunction, pathology or over-active imaginations. (source) In fact, a large percentage of mediums have been found to be high functioning individuals. (source)

“Most prior research on this phenomenon has focused on whether mediums can genuinely report accurate information under blinded conditions, and whether their personalities deviate in significant ways from population norms. But little is known about their physiological and electrocortical processes. Scientists have long proposed and used electroencephalography to study mediums in trance (deeply dissociated) states (Prince, 1968; Mesulan, 1981; Hughes and Melville, 1990; Oohashi et al., 2002; Hageman et al., 2010), but to our knowledge mental mediums who do not experience trance states have not been studied using these techniques.”

A team of researchers, including scientists from the Institute of Noetic Sciences (IONS), published the very first paper on mediumship in the Journal Frontiers in Psychology in 2013. (source)

Paul Mills at the University of California, San Diego, Julie Beischel and Mark Boccuzzi at the Windbridge Institute, and Arnaud Delorme, Dean Radin and Leena Michel from IONS teamed up to design and conduct a study to collect psychometric and brain electrophysiology data from six individuals. They had all previously reported accurate information about deceased individuals under double-blind conditions, and did so again in this study. Correlations between the accuracy of mediums’ statements and their brain electrical activity were examined, and the differences in brain activity were studied when they intentionally evoked four subjective states: perception, recollection, fabrication, and communication.

Each participant performed two tasks with their eyes closed. In the first one, the participant was given only the first name of a deceased person, and was then asked 25 questions about them. After each question, the participant was asked to quietly perceive information that was relevant to the question for 20 seconds and then respond verbally. Each response was recorded and then scored for accuracy by individuals who knew the deceased people.

Out of the 4 mediums, the accuracy of 3 of them was significantly above chance, and the correlation between accuracy and brain activity during the 20 seconds of supposed communication with the dead was outstanding. Researchers discovered that brain activity during the 20 seconds of silent mediumship communication was significant in the frontal theta for one participant.

These results (and researchers) don’t point to this as definitive proof of mental communication with the deceased, but the accuracy ratings in the tasks and the unique brain activity measured in the second activity certainly call for further scientific inquiry into this under-studied phenomenon.

The idea that consciousness exists beyond the physical realm is still greeted with harsh skepticism, but with all of the interesting evidence out there, this shouldn’t be the case. It should actually be studied further with an open mind, but the fact remains that no matter how strong and plausible the evidence is for something, if it upsets and disrupts the current accepted framework of knowledge, it will often be greeted with harsh opposition and ridicule. Countless amounts of ‘sane’ people have had experiences that suggest to them that their loved ones aren’t really ‘gone,’ but are simply in another place, so why do we assume that these are only hallucinations? Why do we instantly jump to that conclusion instead of actually entertaining the idea that there is indeed some sort of life after death, regardless of the fact that we may not be able to fully understand it yet?