Vaccination: Do your own research, exercise due diligence and reserve judgment – Part 2 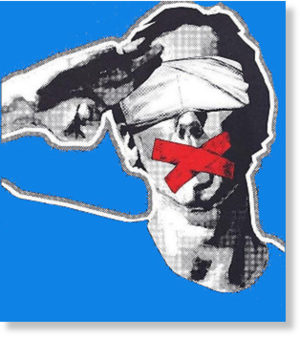 Vaccination: Do your own research, exercise due diligence and reserve judgment – Part 2

Therefore it is extremely concerning that the state have announced they intend to legislate to remove ‘anti-vaxxer disinformation.‘ They have yet to define what they consider to be ‘disinformation.’ However, I expect this post will be among those to fall foul of the new state Internet censorship regulations. The MSM have already convinced the masses that everyone who questions vaccine safety is a lunatic, regardless of the scientific evidence, and the state is using this narrative to roll out censorship legislation.

However, because we still have some semblance of free speech, people who don’t necessarily believe everything companies like Merck or GlaxoSmithKline, or the state, tell them, without examining the evidence, persist with their crazy allegations that there is a lot of science which questions vaccines. Which there is.

At the same time the state, almost universally supported by the public, who know about as much about vaccine science as I do, are moving towards compulsory vaccination. Anyone who challenges this is then castigated as an ‘anti-vaxxer’ child abuser. Rather than debate the science there is a global initiative to shut down all discourse, remove freedom of speech and force people to undergo invasive medical procedures against their will.

This smacks of fascism and book burning. Even if you think everyone who highlights scientific scepticism about vaccines is insane, if you can’t recognise the danger in allowing such laws to exist, you may soon find you won’t be able to express your views either. Because once the ‘Ministry of Truth’ cat is out the bag it won’t stop at the critics of vaccines. The UK state is already planning legislation to censor criticism of its foreign policy.

I am one, among many, who does not accept that the case for mandatory vaccination has been made. The risks are largely unknown and there is a distinct lack of evidence to demonstrate that the long term use of some vaccines is even safe, let alone effective.

You can call people like me ‘anti-vaxxers’ if you like, but applying that label doesn’t mean anything, especially if you haven’t even bothered to take the time to research these issues yourself. Claiming that there is no scientific or substantive evidence to question vaccines is absurd.