Child endangerment: Belgian legal opinion declares imposition of vegan diets on children is unethical; may lead to changes in law 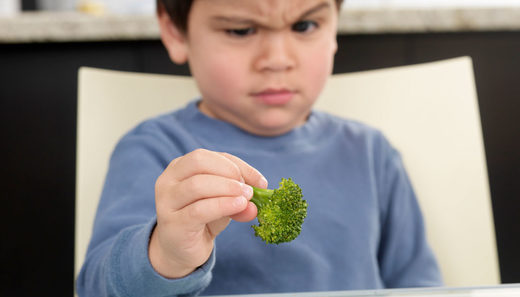 Child endangerment: Belgian legal opinion declares imposition of vegan diets on children is unethical; may lead to changes in law

A fresh report by the Belgian Royal Academy of Medicine has sparked a debate for claiming bringing kids up vegan is ‘unethical.’ RT heard different views on the potentially dangerous parents’ choice.

Plant-based food lacks proteins and vital amino acids and therefore can stunt growth and cause health problems for children, doctors said in a bombshell legal opinion published last week. Kids raised vegan need to be constantly monitored and require additional dietary intake to avoid deficiencies. Such a “destabilizing diet” is therefore “not ethical to impose on children,” the report argued.

The opinion was issued at the request of a government official after a number of cases where children faced complications, including critical medical conditions, after switching to a vegan diet, according to the Le Soir daily. The report could lead to changes in the law. Forcing kids to abandon animal proteins could be legally qualified as “non-assistance to a person in danger,” a crime which entails a prison sentence of up to two years in Belgium, professor Georges Casimir, one of the authors of the report told the paper.

Should parents be punished for imposing their eating philosophy on their children even if it can potentially have grave consequences? Jon Gaunt, talk radio host and columnist thinks no moral belief can justify potential harm to minors. “Children should not be forced to do it. There have been deaths in Belgium so you can understand why the state is concerned,” Gaunt said.

Penalties are not a solution for Dr. Myriam van Winckel, a pediatrician at Ghent University Hosptial. Parents, however, should be informed that “the more restrictions you use, the more is the risk of deficiencies,” she told RT. The greatest risk comes from the shortage of vitamin B12 because its active form is absent in plant food. Also known as cobalamin, vitamin B12 is required for proper red blood cell formation and DNA synthesis. Its deficiency “can cause irreversible damage to the neurological system,” the doctor said.

Meanwhile, several vegan groups blasted the report indicating that a balanced vegetable diet can support healthy living in all ages. Parents who chose a vegan lifestyle have every right to raise their children according to their moral convictions, Dr. Jeanette Rowley, a legal expert at Vegan Society told RT. Nonetheless, she thinks cases of child neglect “ought to be dealt with very precisely” regardless of the parents’ ethical orientation.