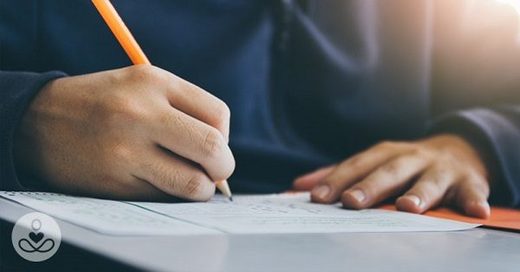 The educational system is being swept along in the race for technological advancement and supremacy in nearly every country. I’m not anti-technology, but I’m aware of the disadvantages of the Computer Age.

Students don’t engage in interesting practical work in some schools around the world anymore. Some instructors will merely project a virtual lab or a live video on a big screen. Some don’t even have to dissect animals anymore. What happened to the hands-on work? The “big screen” teaches them exactly how to do that.

I’m glad some schools are still holding on to the frog-dissection culture.

Laptops and tablets are increasingly replacing exercise books, pens, and paper. In some ways, it has become a standard to measure the modernity of a school. Laptops are becoming smaller, flatter, faster, and hence, more ubiquitous than ever. Tablets aren’t backing down in the race either. Colleges where students still take hand-written notes and use paper textbooks are thought of as archaic and non-progressive; however, this would not be entirely accurate to say. At many schools, it’s a requirement for students to show up with a reliable laptop for their coursework. Some colleges provide these for all their students.

Most would think this to be a desirable upgrade. Paper can be cumbersome, heavy, less manageable, not to mention the students who suffer from shoulder and back pain from carrying heavy books around. Furthermore, it’s easier to access textbooks in PDF or EPub format online than being compelled to buy paper books written by different authors.

I’ll admit it. It’s faster to type your notes highlight the critical pieces of information as the lecturer speaks, but what if students are missing out on something beneficial with this trend? It doesn’t exactly matter if the students are writing with a stylus on a tablet or with a pen on a paper. The idea is that writing is more beneficial to the student’s long-term memory than typing [1].

The Pen Is Mightier Than the Keyboard

According to a 2014 study, students who take hand-written notes are more focused and process information more accurately and selective, and have better long-term memory than the laptop note-takers [2].

“Our new findings suggest that even when laptops are used as intended-and not for buying things on Amazon during class-they may still be harming academic performance,” said lead author, Pam A. Mueller of Princeton University.

They organized a group of 65 college students to watch five TEDx talks covering various topics. They were instructed to take notes with their laptops or with pen and paper, as they usually would, dividing them into the hand-written notes group, and laptop note-takers group. According to the press release, the information contained in the talks was “interesting but not common knowledge.” A half-hour later, both groups of students were asked questions on hard facts such as historical dates and names, and it was recorded that the two groups did “equally well.”

When they were asked conceptual questions on applications and methods, such as “How do Japan and Sweden differ in their approaches to equality within their societies?” The laptop note-takers were recorded to have performed “significantly worse.”

During the second study, they instructed a group of laptop note-takers to ensure that they do not take down notes verbatim in the following lecture. Unfortunately, the students couldn’t help it, and upon typing notes word for word, they experienced significant problems recalling essential points.

“Even when we told people they shouldn’t be taking these verbatim notes, they were not able to overcome that instinct. When people type their notes, they have this tendency to try to take verbatim notes and write down as much of the lecture as they can,” Mueller told NPR [3]. “The students who were taking longhand notes in our studies were forced to be more selective-because you can’t write as fast as you can type. And that extra processing of the material that they were doing benefited them.”

Despite this information, pen and paper probably aren’t creeping back in anytime soon. Technology can be addictive, and people would most likely need rehab to accept the old fashioned way of writing once again.

“I think it is a hard sell to get people to go back to pen and paper,” she said. “But they are developing lots of technologies now like Livescribe and various stylus and tablet technologies that are getting better and better. And I think that will be sort of an easier sell to college students and people of that generation.”