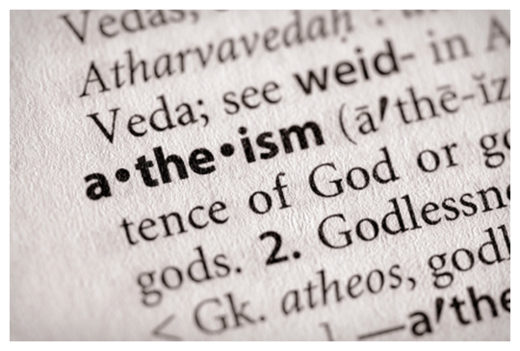 Have you noticed the remarkable cluelessness in atheist arguments about science and metaphysics? It’s really on display in a recent essay by atheist philosopher Justin E. H. Smith. In a nutshell, Smith, a professor of philosophy at Concordia University and author of Irrationality: A History of the Dark Side of Reason, argues that reason is inferior to the non-rational behavior of animals. Permit me to offer some responses to his essay, “If reason exists without deliberation, it cannot be uniquely human,” which advanced that view recently at Aeon:

Philosophers and cognitive scientists today generally comprehend the domain of reason as a certain power of making inferences, confined to the thoughts and actions of human beings alone. Like echolocation in bats or photosynthesis in plants, reason is an evolved power, but unlike these, the prevailing theory goes, it emerged exactly once in the history of evolution (porpoises and shrews also echolocate, cyanobacteria photosynthesise).

It’s not clear why Smith defines reason as “a certain power of making inferences.” The accepted definition of reason is simple and straightforward: it is the power to think abstractly, without concrete particulars. Abstract thought entails comprehension of concepts that are disconnected from particular objects. When I think about the ham sandwich I am eating for lunch, I am thinking concretely. When I think about the nutritional consequences of my choice of sandwich, I am thinking abstractly.

Only man thinks abstractly; that is the ability to reason. No animal, no matter how clever, can think abstractly or reason. Animals can be very clever but their cleverness is always about concrete things – about the bone they are playing with, or about the stranger they are barking at. They don’t think about “play” or “threat” as abstract concepts.

Material states of the brain can, of course, influence our power of reason – an ounce of whiskey can have quite an effect on our judgment – but the power of reason itself is immaterial. It cannot “evolve” because natural selection, whatever its worth as a scientific hypothesis, needs matter to act on.

Reason is exceedingly rare, a hapax legomenon of nature, and yet this rarity has led to a bind: when pushed to account for its origins, thinkers who champion reason’s human exclusivity are forced to lean on supernaturalism, while those who contend that reason is a fundamentally natural property have then to concede that ‘lower’ lifeforms are capable of exercising it. The question is – how?

Reason isn’t rare at all. 7.7 billion people do it every day. But no non-human animal does it. This immaterial power of the soul is precisely what makes man qualitatively different from every other living thing. And I am not “forced to lean on supernaturalism” by pointing this out. I’m merely making an observation that’s obvious to all. Man, and man alone, has the power to reason.

Most philosophers and scientists who see reason as some sort of inferential ability involving abstract representations will allow that experiments with ‘higher’ animals can yield evidence of some low-level reason-like faculty: for example when apes hide stones in anticipation of future conflicts. But researchers almost always draw the lower limit for such ability in a way that excludes species whose behaviour is not observably similar to ours. The search for reason beyond the bounds of the human species always ends up as a search for beings that remind us of ourselves.

The most dramatic evidence for the difference between human reason and animal perception is the fact that humans and only humans “search for reason beyond the bounds of the human species.” We routinely ask questions that entail reasoning. Animals never do. That’s the point.

But what if reason is not so much an inferential ability, as simply the power to do the right thing in the right circumstances?

Reason has nothing to do with the power to “do the right thing.” The right thing may be a reflex or a brute assessment of a situation and an impulsive response. That may be fine – sometimes fight – or flight – is the smart thing to do. Reason is, as I’ve pointed out, just a power of abstract thought – the power to think without particular things in mind.

Smith quotes a 16th-century philosopher who believed that animal instinct is superior to human reason:

Rorario’s core idea is that human deliberation – the period of hesitancy when we survey our various options and eventually select what appears to be the best of them – far from being an advantage over other beings, is in fact a mark of our inferiority. Animals and plants do not hesitate. They cut right to the chase and, to the extent that they do not examine alternative options in order to choose among them, they are in a sense incapable of being wrong.

As a tool for survival, reason is neither invariably beneficial nor invariably harmful. It depends on the circumstance. Stopping to reason about a lion about to pounce on you will get you killed. Stopping to reason why a culture of bacteria died when penicillium notatum mold grew on the plate has saved hundreds of millions of lives. Reason is neither superior nor inferior to instinct when it comes to adaptation to circumstances. It depends on what we are adapting to.

Smith gets a glimmer of a deeper truth when he uses his (apparently inferior capacity for) reason to contemplate nature:

Nature itself is a rational order, on this alternative view, both as a whole and in any of its subdomains. Reason is everywhere, with human reason being only an instantiation or reflection, within a very tiny subdomain, of the universal reason that informs the natural world. The regularities of the motions of the heavens (to speak with the ancients) or the laws governing the orbits of the planets (to speak with the moderns) are not there in place of reason. Rather, these regularities or laws are the reflection ‘out there’ in the world of what human thought is ‘in here’ inside our minds.

Smith gets spooked, it seems, by the evidence for a Mind as the ground of nature and he begins to ramble about computers and algorithms. Contemplating the rationality that pervades nature, he longs for a way to cling to his materialism and atheism:

… we are able to preserve the naturalism that philosophy and cognitive science insist upon today, while dispensing with the human-exclusivity of reason. And all the better, since faith in the strange idea that reason appears exactly once in nature, in one particular species and nowhere else, seems, on reflection, to be itself a vestige of pre-scientific supernaturalism.

Supernaturalism was, and is, of course, not “prescientific” at all. The Scientific Revolution was a manifestly Christian endeavor. In fact, no officially atheist culture has ever had a scientific revolution of any sort, and contemporary atheist cultures contribute little or nothing to scientific progress. Inference to a rational Creator has always been the basis for modern science, and atheists and materialists like Smith are parasites living off of a scientific worldview built almost entirely by passionate theists immersed in “supernaturalism.” Case in point: Newton spent more time working on an exegesis of the Book of Daniel than he did on gravitation and calculus.
What sense does it make to look for reason and purpose in an absurd universe? Belief in God was indispensable to the Scientific Revolution, and where the materialist beliefs of atheists like Smith dominate, science withers. Smith meanders from nonsense about an atheist and materialist basis for science to his certainty about the existence of space aliens:

But terrestrial biology is now considered unexceptional too: most biologists today are inclined to believe that exoplanetary life is a statistical near-certainty. So perhaps it is also time to give up the idea of rationality as nature’s last remaining exception.

Smith is leading the way to the abandonment of rationality. There’s not a shred of reason in his essay. It’s amusing to ask: how can Smith “argue” that reason is inferior to brute action? Why would he choose an inferior method – reasoned argument – when he could simply overwhelm his interlocutors with force? Why waste time with “reason” when you can bash your listener over the head with a billy?

Think of the irony: a professor of philosophy, who is paid only to reason, uses reason to argue against reason. Welcome to the bowels of atheist metaphysics. It would be funny if it were not so dangerous to our culture and to our souls.

Michael R. Egnor, MD, is a Professor of Neurosurgery and Pediatrics at State University of New York, Stony Brook, has served as the Director of Pediatric Neurosurgery, and award-winning brain surgeon. He was named one of New York’s best doctors by the New York Magazine in 2005. He received his medical education at Columbia University College of Physicians and Surgeons and completed his residency at Jackson Memorial Hospital. His research on hydrocephalus has been published in journals including Journal of Neurosurgery, Pediatrics, and Cerebrospinal Fluid Research. He is on the Scientific Advisory Board of the Hydrocephalus Association in the United States and has lectured extensively throughout the United States and Europe.