Jordan Peterson: ‘Jesus was the only true Christian – Catholicism is as sane as people can get’ 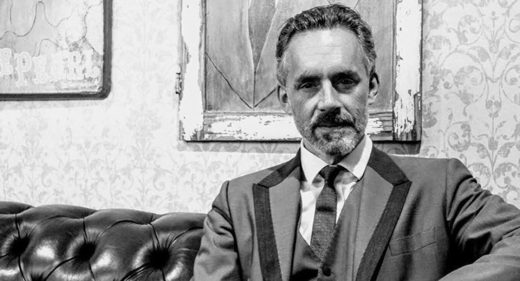 Jordan Peterson: ‘Jesus was the only true Christian – Catholicism is as sane as people can get’

Jordan Peterson, a clinical psychologist and university professor, first came to international prominence after his refusal to use special pronouns for transgender people in his native Canada and went on to become arguably one of the world’s most influential public intellectuals.

University of Toronto professor Jordan Peterson, a public speaker and internet sensation, has praised Catholicism as the “sanest” religious concept out there.

“I think that Catholicism – that’s as sane as people can get,” Peterson told conservative writer Dennis Prager at the PragerU summit in California last week.

He conceded that nevertheless, the Catholic doctrine is “eerie, complex and surreal”, as is the case with the apocalyptic Book of Revelation.

“Broadly speaking, we need a narrative metaphysic to hold us together, and it has to be predicated on something that’s transcendent and absolute. If you lose that, then you’ll fall for something else – or you’ll fall for nothing which is no better,” he added, saying that this idea was inspired by the writings of Nietzsche and Dostoevsky.

Peterson took a slight dig at public thinkers Sam Harris and Richard Dawkins, two of the apostles of “New Atheism”, who have called for emancipation from religious superstition.

He claimed that atheism does not necessarily equate to rationalism. “They believe that if we dispensed with our superstitions, we’d all become Harris and Dawkins,” Peterson quipped, provoking a burst of laughter from the audience.

He explained that, from his point of view, humans can’t fully embrace rationalism because they are “deeply irrational”, and that there has to be something of “fundamental worth” in our lives.

Peterson, who has emerged as a modern-day prophet of a sort, is frequently asked whether he believes in God.

In the same conversation with Prager, he said he actually didn’t like that question and explained why:

“Who would have the audacity to claim that they believed in God if they examined the way they lived? Who would dare say that?” he asked rhetorically.

From his perspective, Jesus Christ was “the only Christian”, because to believe, in the Christian sense, “means that you live it out fully and that’s an unbearable task, in some sense.”

Peterson’s apparent non-alignment with any confession, as well as his idea of embracing God without intermediaries, has drawn outrage from clerics.

Last month, a US-based Lutheran pastor accused him of swaying people toward “faux” communities provided by social media platforms, instead of professing their beliefs through traditional religious institutions.