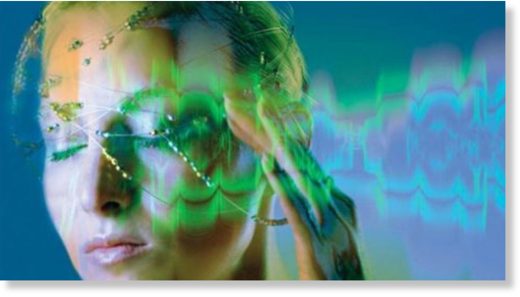 Even though I too am hypersensitive to EMF, I am concerned that the terms EMF Sensitivity and Hypersensitivity may be too compartmental, when the ramifications are so profound and universal. By identifying our symptoms as somehow unique to us alone, we are separating ourselves from the rest of humanity. We become “those” people, different from all the rest. However, there are at least two other categories: Those who are experiencing symptoms, but neither they nor their doctors are aware of the issue, and there could be millions of them. Then there those who are aware, but are not experiencing symptoms, so they feel free to ignore the issue, thinking it’s just “those” people who have a problem.

Unfortunately, EMF Sensitivity is not the same as an allergic reaction. Without intervention, those allergic to peanuts would likely die, while others can eat peanuts to their hearts content, with no ill effects, ever. But with EMF, the reality is that every living thing on the planet suffers damage when exposed to non-ionizing Radio Frequency radiation, whether you experience symptoms or not, whether you know it or not. If you are exposed, the damage is happening.

The first known study of EMF Sensitivity was published in the German Medical Weekly, 1932, by German physician Erwin Schliephake. He compiled scientific data about patients who were experiencing unusual symptoms around radio towers. He called this condition “microwave sickness” or “radio wave sickness.” The symptoms he observed were, in his words: Headaches to the point of intolerability. Severe tiredness and fatigue during the day. Fitful sleep at night. And high susceptibility to infection. The patient numbers, at that time, were few. However, by the 1950s, ’60s, and ’70s, the numbers, and list of symptoms, had grown enough to alarm scientists and militaries around the world. Numerous studies were undertaken, all showing biological harm from non-ionizing RF radiation.

By the 1990s and early 2000s, a new wave of patients, and an even longer list of symptoms, spurred independent institutions, scientists, and physicians to initiate their own studies, studies that continue to this day, and most of which result in an appeal to every government, industry and regulatory body on the planet to stop the proliferation of microwave radiation technologies. The biological effects result in life-threatening illness. Period.

Since 1932, when there were just radios and electric lights, the estimates for those with EMF Sensitivity have risen from statistically insignificant, to 2-5%, to 10-20%, to as much as 30% today. The obvious reason is that exposure to microwave radiation has grown exponentially, and has given rise to new dangers, such as pulsed, non-ionizing RF radiation, or modulated microwaves, produced by smart meters, as well as dirty electricity, which studies have shown to be just as harmful as the smart meters themselves.

Dirty electricity comes primarily from two sources, Solar System Inverters, converting DC power to AC power, and smart meters, which send pulsed, non-ionizing RF radiation to the powerlines, and send customer data over the powerlines, by adding additional frequencies. In addition, we now have a proliferation of WiFi gadgets, cell towers, and small cells on every empty surface imaginable, sometimes clusters of them. And as we speak, 5G and over 200 orbiting satellites are preparing to saturate the entire planet in microwave radiation. It’s frequency mayhem.

Every living thing, the earth itself, is an electromagnetic being, and functions optimally via a narrowly defined, predictable and consistent set of frequencies. In the human body, brain and heart function, chemical reactions, and cell communication are dependent on a defined set of frequencies. You cannot bombard it, with aberrant frequencies, every nano-second of every single day, without consequence. There is no Conspiracy Theory too outrageous to explain the monumental stupidity that is upon us.

It appears that EMF Sensitivity is not limited to a few “sensitive” people, but rather, the numbers are dependent on the amount of exposure, and the increasing distribution throughout the population at large. Also, EMF Sensitivity may not be a discrete affliction at all, but a precursor to serious illness, dependent as well on the cumulative effects of ever-increasing exposure to microwave radiation. Certain cancers, and cancer clusters are on the rise. And according to one mother, where a cancer cluster emerged, the students at San Diego State University, in California, suffered symptoms of EMF Sensitivity prior to a diagnosis of brain and breast cancer. And another mother stated that the children at Weston Elementary, in Ripon, California, experienced symptoms of EMF Sensitivity prior to their diagnosis of cancer. EMF Sensitivity is a warning sign, not an anomaly. What is also alarming about these two incidents is the rapid onset of illness after exposure to cell towers.

Studies done on cellphones and cancer show a duration of ten to twenty years before diagnosis. Yet the children, students, and teachers cited above were diagnosed in less than ten years after exposure to cell towers. No doubt most of these victims were exposed, at home and elsewhere, to a plethora of RF devices; smart meters, smart phones, laptops, Alexa, Echo, street lamps, utility poles with small cells, etc. So the cell towers simply accelerated the onset of illness.

It is my hope that physicians, across America, across the world, will incorporate EMF Sensitivity into their protocol, and perhaps even call it what it is, RF Radiation Sickness, which without remediation, can lead to serious illness. Health records could include a section titled EMF, asking-Do you have a cellphone, a smart meter, etc., are you wired or wireless? Another section could specify EMF symptoms, asking – Are you experiencing headaches, heart arrhythmia, eye problems, insomnia, brain fog, etc.? Then, for those suspected of EMF Sensitivity, instead of prescribing Excedrin or a sleeping pill, offer a booklet on how to mitigate EMF exposure, just like you would with a smoker, or a weight problem. You are our first line of defense. I would also hope that physicians establish a register that identifies EMF Sensitivity patients, by number, not name, as well as one that tracks their medical history going forward. Based on recent studies, microwave radiation has an impact on an array of illnesses, from Adrenal Exhaustion and Diabetes, to Parkinson’s Disease. The statistics will be invaluable.

Of course, above all, my prayer would be that physicians, across the board, speak out, in one voice, “Stop! Stop smart meters. Stop 5G. Because this is insanity! We are not dealing with a “sensitivity,” but an emerging pandemic with devastating consequences.”