Misology: The hatred of reason and argument deprives us of truth and knowledge 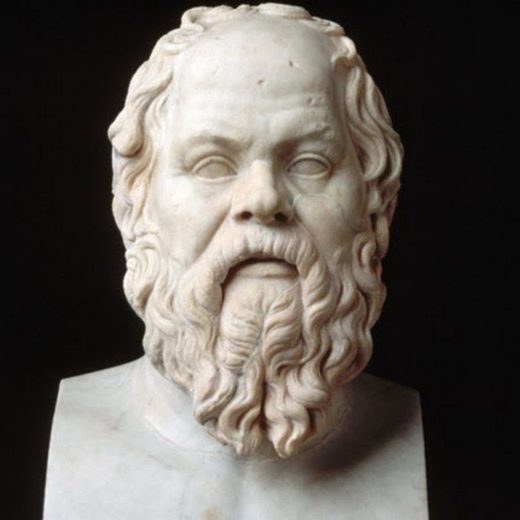 Misology: The hatred of reason and argument deprives us of truth and knowledge

In Plato’s Phaedo, the great philosopher Socrates has been sentenced to death for “corrupting” the youth of Athens. As he awaits his execution, he begins to discuss the afterlife with his students: Socrates believes the soul is immortal, while his students are sceptical. Arguments fly backwards and forwards, and it soon seems like they will never reach an agreement, when Socrates offers a warning.

“What we must beware of,” he said, “is becoming ‘misologists‘, hating arguments in the way ‘misanthropists’ hate their fellow men.

He goes on to argue that a hatred of people, and a hatred of reason, arise much the same way.

Misanthropy creeps in as a result of placing too much trust in someone without having the knowledge required: we suppose the person to be completely genuine, sound and trustworth, only to find a bit later that he’s bad an untrustworthy, and then it happens again with someone else; when we’ve experienced the same thing many times over, and especially when it’s with those we’d have supposed our nearest and dearest, we get fed up with making so many mistakes and so end up hating everyone and supposing no one to be sound in any respect.

Similarly, we may sometimes find that our cherished beliefs were baseless, without evidence: this is an inevitable consequence of thinking and learning. The rational behaviour would be to update our knowledge and learn from our mistakes. But the misologist instead begins to distrust everything – even the true and verifiable facts that appear before his eyes.

Wouldn’t it be quite a pitiable thing if there really were some true and stable argument, and yet because a person mixed with the sorts of arguments that now seem true, now false, he failed to blame himself, and his own lack of expertise, and instead eased his distress by happily shifting the blame from himself to his arguments, thus living out the rest of his life not only hating and abusing arguments but deprived of the truth of things and of knowledge about them?

Although recent scientific research hasn’t explicitly examined “misology”, Socrates’s term perfectly describes the growing distrust of expert judgement and reasoned debate. The sentiment is perhaps best encapsulated in Michael Gove’s statement that the people of Britain “have had enough of experts from organisations with acronyms saying that they know what is best and getting it consistently wrong.” This isn’t an isolated phenomenon: as The Atlantic recently reported, trust in various institutions such as the government, the media, or NGOs, has consistently declined over the last couple of years.
I especially like Socrates’ definition of misology since it helps us to understand his “intellectual humility”. By declaring that “I am wise because I know I know nothing”, he wasn’t claiming that we should reject all expert judgement (like Gove). Instead, he was arguing that we should learn to question and update our own beliefs in the face of new evidence – to keep a healthy balance between scepticism and open-mindedness. As I’ll be discussing in my book The Intelligence Trap, robust psychological evidence has demonstrated a multitude of benefits to this mindset.

Socrates points out “there’s nothing worse that can happen to anyone than coming to hate arguments”, since it eliminates any chance of living a rational life. If Plato’s account is correct, he was willing to die rather than be forced to foresake that philosophy.