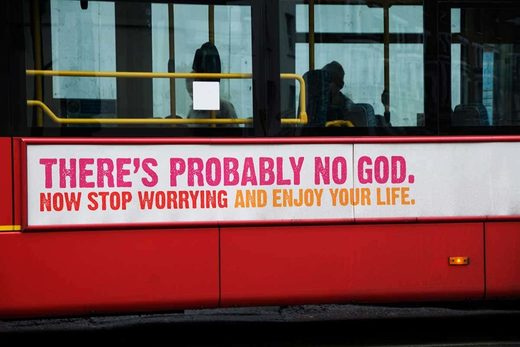 Belief in the supernatural is still alive and kicking, even among people who don’t believe in a god. Research on atheists and agnostics around the world has revealed that almost nobody can claim to completely reject irrational beliefs such as life after death, astrology, and the existence of a universal life-force.

The UK-based Understanding Unbelief project interviewed thousands of self-identified atheists and agnostics from six countries – Brazil, China, Denmark, Japan, US and UK. It found that despite their godlessness, a majority believe in at least one supernatural phenomenon or entity.

Among atheists in the UK, for example, about 12 per cent believe in reincarnation and nearly 20 per cent life after death. All told, 71 per cent of atheists hold one or more such beliefs; for agnostics the figure is 92 per cent. Atheists and agnostics comprise about 37 per cent of the UK population, so when combined with religious people, that means a large majority of the general population believe in the supernatural.

Globally, the most prevalent supernatural beliefs are in fate – that “significant life events are meant to be” – and that there are “underlying forces of good and evil”. Between 20 and 30 per cent of atheists in the UK and US believe in these, and around 40 per cent of agnostics. But this is lower than in the general population, where more than half of people believe them.

The project also asked people about karma, objects or people with mystical powers and the existence of supernatural beings. Even the least believed phenomenon – karma – is endorsed by around 10 per cent of atheists and 30 per cent of the general population in the UK.

Japanese atheists proved the least susceptible to the supernatural, scoring single-digit percentages for most and about 20 for fate and good / evil. Chinese atheists were the most susceptible, with more than 30 per cent professing a belief in astrology.

However, atheists and agnostics in Western countries do conform to type on one measure: they are more likely to endorse science. Two-thirds in the UK agree with the statement “the scientific method is the only reliable path to knowledge”, compared with 46 per cent of the general population.

“Humans are not rational,” says Jonathan Lanman, an anthropologist at Queen’s University Belfast and one of the leaders of the project. He says the results may tell us something about how our brains work. “All those individual supernatural beliefs might have a distinct psychological foundation, it’s not like there’s a ‘religion’ module in the mind that produces all of them.”

Marjaana Lindeman of the University of Helsinki, Finland, says she is surprised by the findings. Her own work on supernatural beliefs finds that a majority of atheists reject them all.

“If you don’t believe in a supernatural being like God it is quite difficult to believe in other types of supernatural phenomena,” she says. “It is about thinking, reasoning, knowledge and argument.” The contradiction could be down to the fact that people are very sensitive to how questions about belief are worded – questions about fate or good and evil could be interpreted in a secular way, for example.