The newly rediscovered benefits of having a humble disposition 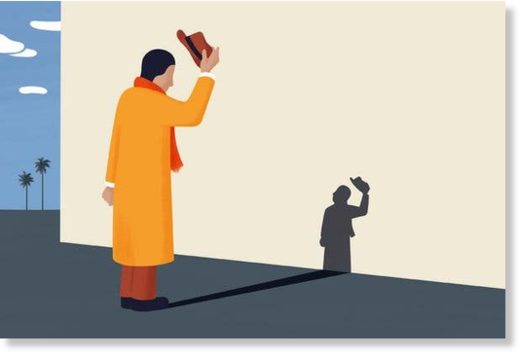 The newly rediscovered benefits of having a humble disposition

Humility is not the boldest of personality traits, but it’s an important one, studies find. And it’s hard to fake.

In their day jobs, research psychologists don’t typically need safety goggles, much less pith helmets or Indiana Jones bullwhips. There’s no rappelling into caves to uncover buried scrolls, no prowling the ocean floor in spherical subs, no tuning of immense, underground magnets in the hunt for ghostly subatomic particles.

Still, psychologists do occasionally excavate the habits of lost civilizations. In a paper published in the latest issue of Current Directions in Psychological Science, a team of researchers reviewed studies of a once-widespread personal trait, one “characterized by an ability to accurately acknowledge one’s limitations and abilities, and an interpersonal stance that is other-oriented rather than self-focused.” Humility.

“Research on humility has been growing, and fast,” said Daryl Van Tongeren, a psychologist at Hope College in Michigan and lead author of the new paper. “It was time to bring people up-to-date and lay out the open questions to guide further research.”

In an era that future historians might not immediately label “The Age of the Mensch,” the study of humility amounts to a bold contrary bet, like shorting the California cannabis market. The word “humble” travels so often now as a verb that embodying its gentler spirit, the adjective, can be an invitation to online trolling, professional invisibility or worse. Oscar Wilde wrote that, before he found humility, he spent two years behind bars experiencing “anguish that wept aloud” and “misery that could find no voice” — which sounds more like defeat than victory.

Humility is a relative newcomer to social and personality psychology, at least as a trait or behavior to be studied on its own. It arrived as part of the effort, beginning in the 1990s, to build a “positive” psychology: a more complete understanding of sustaining qualities such as pride, forgiveness, grit and contentment. More recently, humility has found a foothold in the most widely used measure of personality traits, the five- factor questionnaire. The wallflower is attracting some attention, and so far appears to be absorbing it well.

In one series of experiments, Elizabeth Krumrei Mancuso of Pepperdine University scored volunteers on a measure of what she called intellectual humility — an awareness of how incomplete and fallible their views on political and social issues were. This kind of humility was not related to I.Q. measures or political affiliation, she found; it was strongly linked to curiosity, reflection and open-mindedness.

In another, ongoing study, Dr. Krumrei Mancuso had 587 American adults complete questionnaires intended to measure levels of intellectual humility. The participants rated how much they agreed with various statements, including “I feel small when others disagree with me on topics that are close to my heart,” and “For the most part, others have more to learn from me than I have to learn from them.” Those who scored highly on humility — not that they’d boast about it — also scored lower on measures of political and ideological polarization, whether conservative or liberal.

Other research has found that people who score high for humility are less aggressive and less judgmental toward members of other religious groups than are less-humble people, even and especially after being challenged about their own religious views.

“These kinds of findings may account for the fact that people high in intellectual humility are not easily manipulated with regard to their views,” Dr. Krumrei Mancuso said. The findings, she added, may also “help us understand how humility can be associated with holding convictions.”

In the new review paper, Dr. Van Tongeren and his colleagues proposed several explanations for why humility, intellectual or otherwise, is such a valuable facet of personality. A humble disposition can be critical to sustaining a committed relationship. It may also nourish mental health more broadly, providing a psychological resource to shake off grudges, suffer fools patiently and forgive oneself.

Now that humility is attracting some research attention, Dr. Van Tongeren said, there are a number of open questions, including whether it can somehow be taught, or perhaps integrated into psychotherapy. “One of the thorny issues is that the people who are the most open and willing cultivate humility might be the ones who need it the least,” he said. “And vice versa: Those most in need could be the most resistant.”

Therapists who treat people with borderline or narcissistic personality disorders likely would agree, and so might many of their clients.

To date, no one has elaborated a dark side to humility, although presumably too much of it could lead to social retreat, self-doubt and undue reticence. In the modern age of online posturing and self-promotion, Charlie Brown would have to raise his hand and squawk just to register his presence.

For now, and thanks to psychology’s recent excavations, it is perhaps enough to know that he would still have plenty of company, temperamentally speaking. Between 10 and 15 percent of adults score highly on measures of humility, depending on the rating scale used. That’s at least 25 million humble people in this country alone.