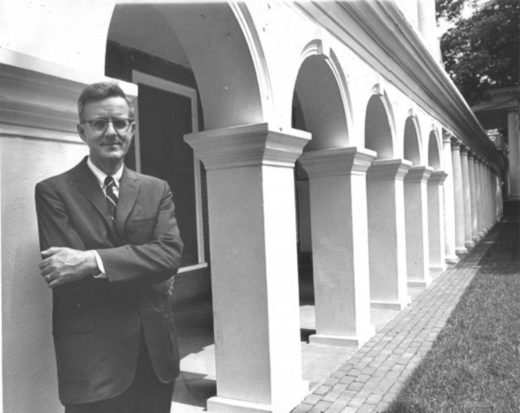 If you’re anything like me, with eyes that roll over to the back of your head whenever you hear words like “reincarnation” or “parapsychology,” if you suffer great paroxysms of despair for human intelligence whenever you catch a glimpse of that dandelion-colored cover of Heaven Is For Real or other such books, and become angry when hearing about an overly Botoxed charlatan telling a poor grieving mother how her daughter’s spirit is standing behind her, then keep reading, because you’re precisely the type of person who should be aware of the late Professor Ian Stevenson’s research on children’s memories of previous lives.

Stevenson, who died in 2007, was a psychiatrist by training — and a prominent one at that. In 1957, at the still academically tender age of 38, he’d been named Chair of psychiatry at the University of Virginia. After arriving in Charlottesville, however, his hobbyhorse in the paranormal began turning into a full-grown steed. As you can imagine, investigating apparitions and reincarnation is not something the college administrators were expecting of the head of their mental health program. But in 1968, Chester Carlson, the wealthy inventor of the Xerox copying process who’d been introduced to Stevenson’s interests in reincarnation by his spiritualist wife, dropped dead of a heart attack in a Manhattan movie theatre, leaving a million dollars to UVA on the condition it be used to fund Stevenson’s paranormal investigations. That money enabled Stevenson to devote himself full-time to studying the minds of the dead, and over the next four decades, Stevenson’s discoveries as a parapsychologist served to sway more than a few skeptics and to lead his blushing acolytes to compare him to the likes of Darwin and Galileo.

Stevenson’s main claim to fame was his meticulous studies of children’s memories of previous lives. Here’s one of thousands of cases. In Sri Lanka, a toddler one day overheard her mother mentioning the name of an obscure town (“Kataragama”) that the girl had never been to. The girl informed the mother that she drowned there when her “dumb” (mentally challenged) brother pushed her in the river, that she had a bald father named “Herath” who sold flowers in a market near the Buddhist stupa, that she lived in a house that had a glass window in the roof (a skylight), dogs in the backyard that were tied up and fed meat, that the house was next door to a big Hindu temple, outside of which people smashed coconuts on the ground.

Stevenson was able to confirm that there was, indeed, a flower vendor in Kataragama who ran a stall near the Buddhist stupa whose two-year-old daughter had drowned in the river while the girl played with her mentally challenged brother. The man lived in a house where the neighbors threw meat to dogs tied up in their backyard, and it was adjacent to the main temple where devotees practiced a religious ritual of smashing coconuts on the ground. The little girl did get a few items wrong, however. For instance, the dead girl’s dad wasn’t bald (but her grandfather and uncle were) and his name wasn’t “Herath” — that was the name, rather, of the dead girl’s cousin. Otherwise, 27 of the 30 idiosyncratic, verifiable statements she made panned out. The two families never met, nor did they have any friends, coworkers, or other acquaintances in common, so if you take it all at face value, the details couldn’t have been acquired in any obvious way.

This Sri Lankan case is one of Stevenson’s approximately 3000 such “past life” case reports from all over the world, and these accounts are in an entirely different kind of parapsychological ballpark than tales featuring a middle-aged divorcée in a tie-dyed tunic who claims to be the reincarnation of Pocahantas. More often than not, Stevenson could identify an actual figure that once lived based solely on the statements given by the child. Some cases were much stronger than others, but I must say, when you actually read them firsthand, many are exceedingly difficult to explain away by rational, non-paranormal means. Much of this is due to Stevenson’s own exhaustive efforts to disconfirm the paranormal account. “We can strive toward objectivity by exposing as fully as possible all observations that tend to weaken our preferred interpretation of the data,” he wrote. “If adversaries fire at us, let them use ammunition that we have given them.” And if truth be told, he excelled at debunking the debunkers.

I’d be happy to say it’s all complete and utter nonsense — a moldering cesspool of irredeemable, anti-scientific drivel. The trouble is, it’s not entirely apparent to me that it is. So why aren’t scientists taking Stevenson’s data more seriously? The data don’t “fit” our working model of materialistic brain science, surely. But does our refusal to even look at his findings, let alone to debate them, come down to our fear of being wrong? “The wish not to believe,” Stevenson once said, “can influence as strongly as the wish to believe.”

Stevenson’s magnum opus, published in 1997, was a 2,268-page, two-volume work called Reincarnation and Biology. Many of his subjects had unusual birthmarks and birth defects, such as finger deformities, underdeveloped ears, or being born without a lower leg. There were scar-like, hypopigmented birthmarks and port-wine stains, and some awfully strange-looking moles in areas where you almost never find moles, like on the soles of the feet. Reincarnation and Biology contained 225 case reports of children who remembered previous lives and who also had physical anomalies that matched those previous lives, details that could in some cases be confirmed by the dead person’s autopsy record and photos.

A Turkish boy whose face was congenitally underdeveloped on the right side said he remembered the life of a man who died from a shotgun blast at point-blank range. A Burmese girl born without her lower right leg had talked about the life of a girl run over by a train. On the back of the head of a little boy in Thailand was a small, round puckered birthmark, and at the front was a larger, irregular birthmark, resembling the entry and exit wounds of a bullet; Stevenson had already confirmed the details of the boy’s statements about the life of a man who’d been shot in the head from behind with a rifle, so that seemed to fit. And a child in India who said he remembered the life of boy who’d lost the fingers of his right hand in a fodder-chopping machine mishap was born with boneless stubs for fingers on his right hand only. This type of “unilateral brachydactyly” is so rare, Stevenson pointed out, that he couldn’t find a single medical publication of another case.

The psychiatrist found several patterns in his work on children’s memories of previous lives. First, he was convinced that there is only a brief window of time — between the ages of about two and five — in which some children retain these reminiscences of an earlier self. Importantly, their statements are, in principle at least, empirically falsifiable. If adults don’t automatically dismiss young children’s utterances as gibberish, any spontaneous comments suggestive of a past life can be carefully recorded, so researchers like Stevenson might later confirm or disconfirm their accounts. Also, as with the Sri Lankan girl, memories of previous lives tend to occur only when something in the child’s current life jars the recollections awake (in cognitive science terms, a form of recognition memory). In other words, it’s mostly useless to “interview” a child about his or her past life, since — like remembering one’s dream from the night before only while lying in bed tonight — recall can’t be forced on the spot. Stevenson also believed that although past lives may be common, only a small percentage of children retained any memories of their previous existence. Even in India, where nearly everyone believes in reincarnation and it’s nothing special, only about one in every 500 children fit the bill.

Stevenson, an expert on psychosomatic medicine, suspected strong emotions are (somehow) related to a child’s retention of past-life memories. Traumatic deaths, he thought, leave an emotional imprint. Indeed, most of the children he studied claimed that they had met a violent end previously. There was also a gap of a few years between lives; reincarnation is never immediate. And for the most part, souls seemed to stay local. That’s to say, the “previous personality” often lived in a distant village, but not quite so far away as to require a passport. Oftentimes, Stevenson observed, the child had habits and fears linked to the nature of death. Those who said they’d drowned in a previous life had an unusually intense fear of water; those who were stabbed displayed a crippling knife phobia, and so on. There were even three cases of children who’d reacted violently when they’d unexpectedly crossed paths with their own “murderers.” It’s bizarre to picture preschoolers lunging for the throats of adult strangers. Nonetheless, it made sense to Stevenson, since in his view, the children were attacking those who’d gotten away with their murders.

Interestingly, and contrary to most religious notions of reincarnation, there was zero evidence of karma. On the whole, it appeared to be a fairly mechanical soul-rebirthing process, not a moralistic one. What those mechanisms involve, exactly, is anyone’s guess — even Stevenson’s. But he didn’t see grandiose theorizing as part of his job. His job, rather, was simply to gather all the anomalous data, investigate them carefully, and rule out, using every possible method available to him, the rational explanations. And to many, he was successful at doing just that. Towards the end of her own storied life, the physicist Doris Kuhlmann-Wilsdorf — whose groundbreaking theories on surface physics earned her the prestigious Heyn Medal from the German Society for Material Sciences, surmised that Stevenson’s work had established that “the statistical probability that reincarnation does in fact occur is so overwhelming … that cumulatively the evidence is not inferior to that for most if not all branches of science.” Stevenson himself was convinced that, once the precise mechanisms underlying his observations were known, it would bring about “a conceptual revolution that will make the Copernican revolution seem trivial in comparison.” It’s hard to argue with that, assuming it ever does happen.

“The mind is what the brain does,” I wrote in The Belief Instinct. “It’s more a verb than it is a noun. Why do we wonder where our mind goes when the body is dead? Shouldn’t it be obvious that the mind is dead too?” Perhaps it’s not so obvious at all. I’m not quite ready to say that I’ve changed my mind about the afterlife. But I can say that a fair assessment and a careful reading of Stevenson’s work has, rather miraculously, managed to pry it open. Well, a tad, anyway.

You can read more about Ian Stevenson’s legacy to the field of parapsychology, as well as follow research currently underway by his former colleagues, including that of his protégé, Jim Tucker, by visiting the website for the (still very much alive) Division of Perceptual Studies.]

Jesse Bering is Associate Professor of Science Communication at the University of Otago in New Zealand. To learn more about Jesse’s work, visit www.jessebering.com or add him on Facebook.