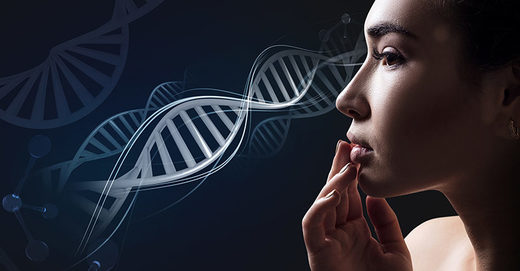 HPV vaccines have been linked to over 100,000 reported adverse events globally, including disabling autoimmune conditions and deaths.

The powerful government-pharmaceutical industry partnership that has been foisting human papillomavirus (HPV) vaccination on girls and boys around the world since 2006 now has working-age adults within its sights. Merck’s Gardasil 9 received U.S. Food and Drug Administration (FDA) approval for expanded use in the 27-45 age group in late 2018, and there are signs that a campaign is afoot to achieve the same end result in other countries.

Merck … dismissed as irrelevant the serious medical conditions that arose — within seven months — in half of all participants who received the vaccine.

HPV vaccines have been linked to over 100,000 reported adverse events globally, including disabling autoimmune conditions and deaths, but officials seem unconcerned. Merck set the tone for the truth-stretching claim that HPV vaccine risks are “negligible” when it conducted its initial clinical trials for Gardasil and dismissed as irrelevant the serious medical conditions that arose — within seven months — in half of all participants who received the vaccine.

With the accumulation of studies since those early trials, it is getting harder to deny the existence of a disabling post-HPV vaccination syndrome. Although researchers admit that they do not yet fully understand the mechanisms whereby HPV vaccines wreak their autoimmune havoc, the phenomenon of immune cross-reactivity offers one highly plausible explanation. In a new study in Pathobiology, two of the most-published researchers on this topic report on the overlap between human proteins and HPV antigens. The authors consider their results indicative of “a cross-reactivity potential capable of triggering an extremely wide and complex spectrum of autoimmune diseases.”

Scientists view autoimmunity as the prolonged and pathological response that arises when the immune system gets confused between “self” and “non-self” due to molecular similarities between an environmental agent and the host. The specific hypothesis — called molecular mimicry — is that “either a virus or bacteria…initiate and exacerbate an autoimmune response through sequence or structural similarities with self-antigens.”

Although the molecular mimicry concept has been floating around for at least three decades, relatively few researchers have been willing to make the conceptual leap to inquire whether the viral or bacterial antigens in vaccines provoke the same pathological response. In their Pathobiology study, however, the two authors — Drs. Darja Kanduc (Italy) and Yehuda Shoenfeld (Israel) — do just that, looking at HPV through the lens of both HPV infection and “active immunization.” Using cutting-edge molecular biology techniques to look at matching peptide sequences in HPV “epitopes” and human proteins, Kanduc and Shoenfeld examine epitopes from 15 different HPV types, including eight of the nine types included in Gardasil 9. (An epitope is the portion of an antigen capable of stimulating an immune response.)

Confirming that there is an “impressively high extent” of peptide sharing between HPV epitopes and human proteins, the two authors then outline numerous pathological implications of their results, giving examples of “human proteins that — when hit by cross-reactions generated by HPV infection/active immunization — may associate with diseases and autoimmune manifestations.” The latter include:

The study describes post-HPV-vaccination autoimmunity in Japanese girls, and it reiterates that vaccine adjuvants are an essential consideration for understanding the girls’ “unexpected” and “abnormal” immune responses.

The role of adjuvants

As Kanduc and Schoenfeld state, the HPV-human protein overlap documented in their study is not unique to HPV; many other microbial sequences share significant commonalities with human proteins as well. Because the overlap is so widespread, some researchers are skeptical of cross-reactivity and dismiss it as more “fantasy” than “fact.” To explain why cross-reactivity is plausible in the context of vaccination, the two authors describe, in other publications, another important piece of the puzzle: vaccine adjuvants and comparable environmental “stimuli.” In fact, they argue, the “sole purpose” of a vaccine adjuvant is to gin up an immune response that otherwise would be unlikely to occur — and when the adjuvant is paired with foreign peptides that are similar to human peptides, a “reasonable outcome may be the development of crossreactivity and autoimmunity.”

Schoenfeld is coauthor on another recent study published in the Annals of Arthritis and Clinical Rheumatology. The study describes post-HPV-vaccination autoimmunity in Japanese girls, and it reiterates that vaccine adjuvants are an essential consideration for understanding the girls’ “unexpected” and “abnormal” immune responses. The authors write:

Vaccination results in the iatrogenic production of useful antibodies in the human body, but it cannot be ruled out that the exposure to an external stimulus including adjuvants induces unexpected abnormal immune responses, such as a newly evoked situation with an autoimmune abnormality [emphasis added].

With 500 micrograms of aluminum adjuvant, Gardasil 9 has more than double the amount of aluminum contained in the original Gardasil vaccine. How this double-whammy “external stimulus” will play out in terms of autoimmunity requires assessment.

From the beginning, manufacturers and officials have relied on gimmicks to promote HPV vaccination while distracting the public from the tsunami of adverse events that has followed in the vaccines’ wake. It is unlikely that we will hear anything about a just-published South Korean study describing almost 100 safety signals among the nearly 4800 HPV-vaccine-related adverse events reported to the Korea Adverse Event Reporting System database between 2005 and 2016; 19 types of serious adverse events were not even listed on the country’s HPV vaccine inserts. The 19 are: neuralgia, tremor, neuritis, depersonalization, axillary pain, personality disorder, increased salivation, peptic ulcer, circulatory failure, hypotension, peripheral ischemia, cerebral hemorrhage, micturition disorder, facial edema, ovarian cyst, weight increase, pain anxiety, oral edema, and back pain.

Instead, it appears that we should prepare to see more smoke and mirrors as HPV vaccination’s promoters gear up for the intended rollout of Gardasil 9 among working-age adults. In its press release announcing approval of the vaccine for that age group, the FDA claimed that Gardasil (and, by the FDA’s logic, also Gardasil 9 “since the vaccines are manufactured similarly and cover four of the same HPV types”) is “88% effective”; French doctor Nicole Delépine rightly points out that the agency could only come up with this “misleading” statement by using a scientifically absurd hodge-podge of combined endpoints — persistent infection, genital warts, vulvar and vaginal precancerous lesions, cervical precancerous lesions and cervical cancer related to HPV types covered by the vaccine — “instead of presenting the results of the vaccine on each targeted pathology.”

Aware that “the incidence of invasive cancers has increased sharply (sometimes exceeding 100%) in the vaccinated age groups” in countries with mass HPV vaccination, Dr. Delépine finds the FDA’s effrontery “incredible.” Others agree, describing the aggressive hawking of HPV vaccination as an “obscene public farce.” Discussing regulatory bodies’ lack of transparency and rigor, two researchers wrote in 2016, ” No public health intervention should be shrouded in so much secrecy that it gives rise to suspicion.”

Watch Robert F. Kennedy, Jr.’s video exposing the details and many problems with the development and safety of Merck’s third-highest grossing product, Gardasil.