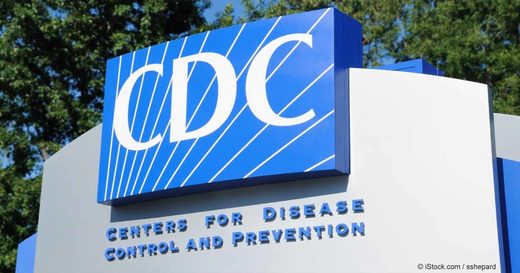 According to a recent news release posted by the U.S. Right to Know, public health groups petitioned the Centers for Disease Control and Prevention on Tuesday in an effort to stop the agency from making claims that it does not accept corporate money. Specifically, the CDC has claimed that it “does not accept commercial support” and has “no financial interests or other relationships with the manufacturers of commercial products.” The public interest groups behind the petition believes the CDC’s claims are false.

The US RTK news release explains, “The CDC makes such disclaimers hundreds of times in its publications and on its website, despite that the National Foundation for the Centers for Disease Control and Prevention has accepted for it nearly $80 million from drug companies and other commercial manufacturers during fiscal years 2014-2018.”

Gary Ruskin, co-director of US RTK, said, “It’s time for the CDC to be truthful with health professionals and all Americans, and to stop denying that it takes corporate money. The CDC is violating the public trust by misleading us in this way.”

In 2017, the US RTK shared documents between The Coca-Cola Company and the CDC’s director at the time, Brenda Fitzgerald, showing proof of an alliance. In January, a study co-authored by Ruskin showed emails between Coca-Cola and the CDC, detailing Coca-Cola’s efforts to influence the agency. One correspondence showed a CDC official offering tips to the beverage company on how to lobby the World Health Organization to “back off its efforts to curtail added sugars.” Coca-Cola is one of many companies that have donated money to the CDC Foundation.

Dr. Michael Carome, director of Public Citizen’s Health Research Group, said, “That the CDC accepts millions from corporations directly impacted by the agency’s public health programs is indefensible. So the CDC instead has adopted the strategy of repeatedly denying that it accepts such payments.”

Your Help is Needed

Please contact the U.S. Department of Health & Human Services today at scheduling@hhs.gov and let them know that you demand the CDC:

(1) Cease publication of disclaimers that CDC has “no financial interests or other relationships with the manufacturers of commercial products” and that it “does not accept commercial support”.

(2) Remove all such disclaimers from the CDC website, including the Morbidity and Mortality Weekly Report (MMWR).

(3) Add corrections to all MMWR articles bearing any of these disclaimers, explaining that the disclaimers were incorrect and have been removed.

(4) Retroactively disclose, in any MMWR article bearing the disclaimers, any corporate contributions to the CDC or CDC Foundation that are relevant to the MMWR article.

You can view the full petition to the CDC here.